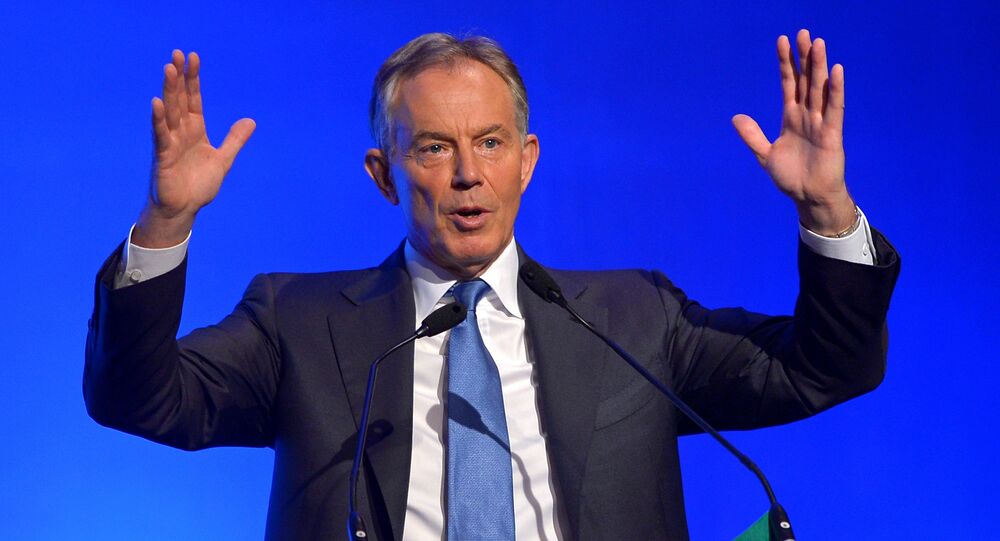 The chairman of the inquiry into the UK's decision - under former Prime Minister Tony Blair - to join the US in an invasion of Iraq in 2003 has said that - based on the evidence in front of him - Blair's assessment of Iraq President Saddam Hussein's "imminent threat" to Britain was "unreasonable."

In a tense exchange in front of MPs on the House of Commons Liaison Committee, Wednesday (November 2) Sir John Chilcot — who chaired the Iraq Inquiry — said that he could not defend the conclusion reached by Blair ahead of invasion, March 20, 2003, that Hussein presented an "imminent danger" to Britain.

Blair was heavily criticized in the Chilcot report into Britain's part in the invasion of Iraq to topple Saddam Hussein in 2003, which followed mass protests against the war, which left Iraq destabilized for years.

The inquiry into the Iraq invasion, headed by Sir John Chilcot, found that policy on Iraq was based on flawed intelligence and assessments and that the legal case for going to war was "far from satisfactory."

Called before MPs for the first time since his report was published, Sir John Chilcot faced cross examination from the chairman of the committee, Andrew Tyrie MP. Tyrie asked Sir John: "In your view, in sum, did we need to go to war to protect Britain from an imminent threat?"

Sir John replied: "Not in March 2003. There was no imminent threat to British citizens or, indeed, Britain itself, from Saddam's regime in Iraq."

Tyrie quoted a speech delivered by Blair on March 18, 2003 — two days before invasion — in which he said "the possibility […] of terrorist groups in possession of Weapons of Mass Destruction even of a so-called dirty radiological bomb — is now, in my judgement, a real and present danger."

Tyrie put it to Sir John that, in saying that, "he wasn't, in fact, reflecting the advice or the information that he had in front of him, was he? He was telling the public — by all means other than those two words 'imminent threat' — that there was an imminent threat."

Sir John replied that Blair had been told the previous day — March 17 —by the chair of the Joint Intelligence Committee that Saddam did have WMD and the means to deploy them and the means to produce them.

"If you convert that into advice that there was an imminent threat, you could just about defend it, perhaps," Sir John said.

Tyrie asked: "Are you defending it?"

Tyrie asked again: "Was it reasonable for Tony Blair — at that time that he made that statement — to suppose that there was an imminent threat?"

Q: Was Blair more interested in evaluating the evidence, or in making the case for war?#Chilcot says it was the second

​Another committee member, Bernard Jenkin MP asked which Sir John thought was "more on the forefront of [Blair's] mind."

"Was it to evaluate the evidence that was put in front of him or was it to make the case for a decision that he had already — in his mind — made?"

Sir John replied: "I find that a very helpful question, because I think that my response to it is a clear an unqualified one. It was the second and not the first."

In his report, Chilcot said Blair's government had not exhausted peaceful means of dealing with Iraq's alleged weapons of mass destruction — clearly inferring Blair had jumped prematurely into war.

He said Blair's cabinet had over-egged Hussein's military capabilities. "The judgements about the severity of the threat posed by Iraq's weapons of mass destruction — WMD — were presented with a certainty that was not justified. Despite explicit warnings, the consequences of the invasion were underestimated. The planning and preparations for Iraq after Saddam Hussein were wholly inadequate," said Sir John.