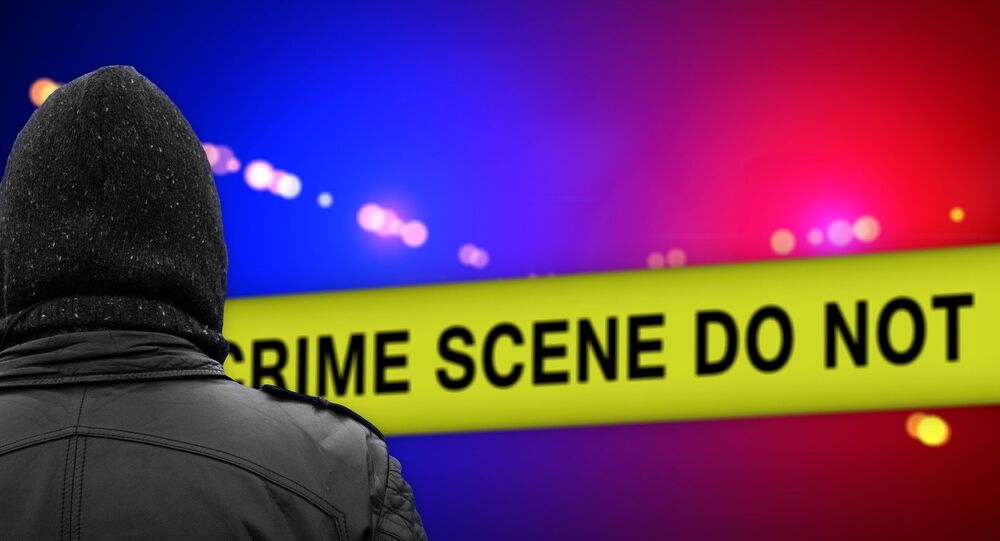 Organized crime in the Republic of Ireland and several other European countries is at an all-time high, according to the International research group Transcrime, who profiled the Irish crime scene along with the underworld of several other countries.

The research, funded by the European Commission and titled, From Illegal Markets to Legitimate Businesses: The Portfolio of Organized Crime in Europe, also uncovered the criminal outlook of several other European countries with dodgy dealings in the dark world of organized crime. For the first time, the report puts a monetary value on organized crime in Europe.

Transcrime, found that organized crime in Ireland, for example, over the past several years totaled an estimated $US1.8 billion annually.

© Flickr / ZaldyImg
Illicit EU Drug Trade Funds Terrorism, Migrant Smuggling
There are three key areas the report looks at: which illicit markets organized crime proceeds are generated from; where in the legitimate economy — which regions, assets and business sectors — these proceeds are then invested in; finally, the extent to which these proceeds are confiscated by European authorities.

The projected focused on seven EU member states, which included Finland, France, Ireland, Italy, the Netherlands, Spain and the UK.

The report also looked at the broader situation of organized crime across Europe as a whole.

According to the researchers, this analysis represents a better understanding of how the organized crime business works.

"It is a starting point for a better identification and reduction of the opportunities exploited by criminals to infiltrate illicit and legitimate markets in Europe. In this sense, this report constitutes an important tool for both public and private institutions to improve the assessment of the risks of organized crime infiltration and to strengthen the tracing and the confiscation of criminal assets in Europe," a spokesperson for Transcrime said in an online statement.

Illicit markets in Europe are changing rapidly in size, products, actors, routes and flows, but they remain key sources of proceeds for organized crime. The research has produced one of the first measurements of the revenues from illicit markets and a review of the main criminal actors among which these revenues are shared at a European level.

In particular, for some markets, heroin, cocaine, trafficking of firearms, illicit trade in tobacco products, counterfeiting, and fraud were major businesses for criminals.

One of the lead researchers on the project, PHD student Christina Soriani, discussed the research and key findings with Sputnik.

"The key result for us was that there is not one specific criminal group in any one country that is in control of all the organized crime. Another key finding was the confiscation of illicit items. The police would seize the assets, which are drugs and cars, but they would never be able to confiscate or locate the illegal business that the criminals had set up in order to hide their illicit activities," Ms. Soriani told Sputnik.

Law enforcement, according to Ms. Soriani, is working hard to stop the spread of illegal activity. However, she stressed that the root cause of the issue was not being targeted.

"Discovering the real person behind the company, the person who is in charge of the illegal business, this is the problem," Ms. Soriani told Sputnik.

"You still have law enforcements that are following the money, but not actually finding the root cause which is the illegal business and reaching the final owner who is the criminal. It's not just that the law enforcement can't do it, but criminals make it difficult for the police to find them."

Several countries including Ireland were profiled.

The researchers found that each country had a specific criminal activity associated with it. For example, both Spain, which make billions each year from tourism, also had many criminal gangs operating in this sector, whereas the UK and Finland were more associated with fraud.

Ms. Soriani told Sputnik there is a solution and the European Commission, as well as the European Union are working to target the root cause of organized crime:

"Both the EC and the EU are working on building a database that will list all businesses and who the owner of that company is. So that will help trace criminal gangs who run illegal businesses. The EC and EU will also work on the confiscation of assets, revising their legislation and ensuring that they improve the prices by which they seize assets."

The Transcrime report has highlighted the importance of understanding the complex structure of organize crime across Europe and the incredible difficulty law enforcement faces when attempting to locate the source of illegal activities. However, it has also pointed out which areas authorities needs to focus on in order to put an end to criminal gang enterprises in Europe.

Russia Cracks Down on 98 Criminal Gangs for Economic Offenses – Putin