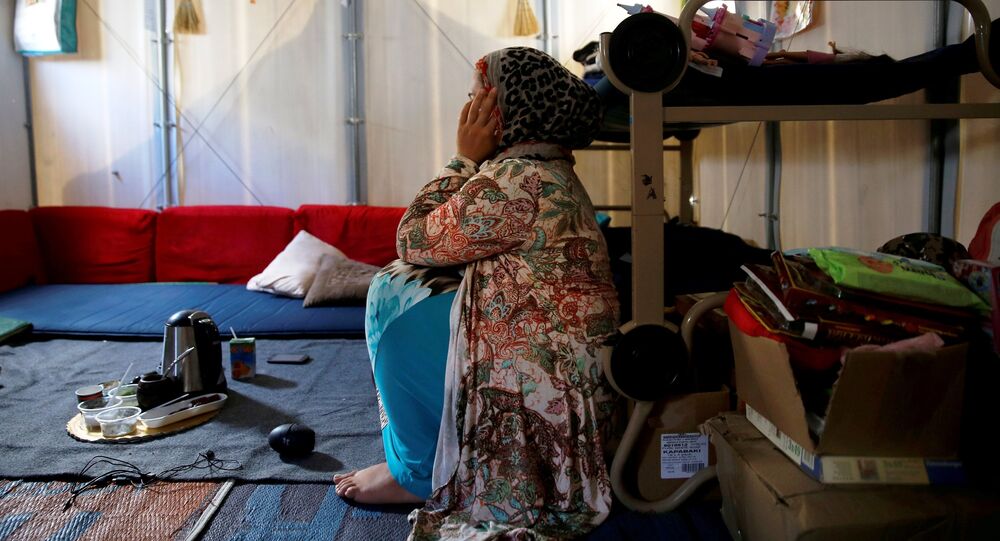 There is growing doubt over the effectiveness of the EU-Turkey migration deal with very few refugees actually being sent back to Turkey over the course of the past seven months. The backlog is leading to frustration in the EU, with Brussels blaming Greek authorities for the lack of progress.

The much-hyped March deal between Ankara and Brussels was designed to act as a deterrent to reduce the number of people traveling to Europe from Turkey, with many using the Aegean Sea route in 2015 to travel towards the Greek islands and onward into Northern Europe.

Under the deal, anyone found to have traveled to Greece from Turkey without legal permission would be returned to Turkey, regardless of whether they qualified for refugee status or not.

​Meanwhile, for every returned refugee or migrant, the EU would accept a refugee from an existing camp in Turkey, as part of the "one-for-one" deal aimed at stemming the flow of people making the dangerous voyage across the Aegean Sea.

Also included in the agreement was EU aid funding to help Turkey deal with the huge number of refugees in the country, as wll as commitments to give Turks visa-free travel in the EU, as long as Ankara met a series of conditions.

But while the deal has been relatively successful in stemming the flow of people entering Greece — 17,000, mostly Syrians, have made the voyage since the deal was implemented in March — there is growing frustration at the slow rate at which these new arrivals have been sent back to Turkey.

So far only around 700 people — four percent of total arrivals since the deal was implemented — have been sent back to Turkey, with no one who has been granted refugee status being sent back.

Ferruccio Pastore migration crisis is not over: we have not solved it with the EU-Turkey agreement. It's a wrong perception #GSMRome #NATO

​Of the 700 returnees, most were economic migrants from countries like Pakistan and Bangladesh, while a small number of people who applied for asylum in Greece left before the process had finished.

As expected, #Greece struggling with migrant returns to #Turkey. If that keeps up, arrivals likely to rise again, and deal may fall apart

​"The goal of ensuring returns… has mostly been hampered by the slow pace of processing of asylum applications at first instance by the Greek Asylum Service and of processing of appeals by the newly-established Greek Appeals Authority," the Commission said in a progress report.

"Further efforts are urgently needed by the Greek administration to build a substantially increased and sustained capacity to return arriving migrants, which is considered to be the key deterrent factor for irregular migrants and smugglers."

​Athens has hit back at the criticism, arguing that the country simply cannot cope with the sheer number of asylum application claims and has called for the EU to send more staff and resources to assist.

© AFP 2021 / Fabio Bucciarelli
Reported Illegal Return of Syrians to Turkey Under EU Deal Branded 'Deplorable'
Those involved in the registration of new arrivals in Greece have said that along with limited Greek resources, inefficiency, the lack of a broader plan and lengthy appeals processes are behind the backlog.

The inability to return many arrivals in Greece, coupled with the actions of neighboring Balkan countries in closing their borders, has left an estimated 60,000 migrants and refugees stranded in Greece, including close to 16,000 in crowded camps on some Greek islands.

There are fears of growing violence as a result of the increasing number of refugees and migrants in the country, as many are vulnerable to people smugglers.

#migration #EPlenary EU-Turkey deal working says @Juncker_JC as numbers decreased but what is the political and ethical cost of this deal?

​Unless the EU can start transporting more new arrivals back to Turkey, it could encourage more people to make the dangerous voyage to Greece, perhaps triggering another mass migration of people.

Questions over the future of the deal have also been coupled with diplomatic tensions between Ankara and Brussels, with fears that Turkey's continued crackdown on media in the country, along with plans to reintroduce the death penalty, could sink the crucial deal.