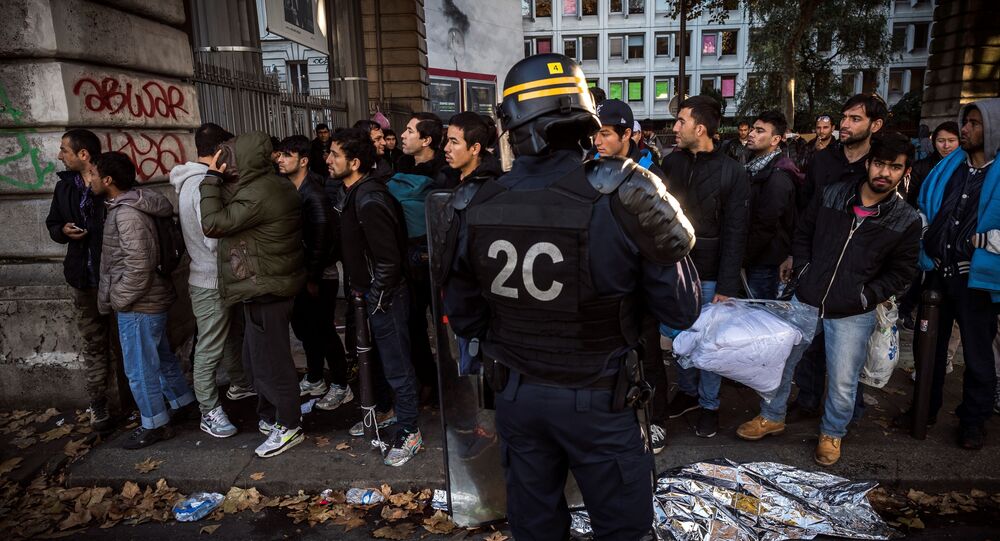 A police operation at camp located near the Stalingrad metro station in northern Paris was aimed at checking documents of refugees, according to local media.

© Sputnik / Irina Kalashnikova
Paris Authorities Evacuate 2,500 Migrants From Camp Near Stalingrad Station (VIDEO)
PARIS (Sputnik) – A police operation conducted at a makeshift camp located near the Stalingrad metro station in northern Paris on Monday is aimed at verifying migrants’ documents and inspecting sanitary conditions but not at evacuating the people, local media reported.

According to the French broadcaster, the police divide the migrants into two groups with the first group comprised of those who have no official documents for asylum, and the second one — legal asylum seekers.

Special transport was organized to transfer those migrants who did not possess documents to a police station.

Those migrants who have the documents to prove their refugee status are said to be able to return to the camp after the end of the operation.

© AP Photo / Jacques Brinon
French Police Evacuate Over 1,500 Migrants From Paris Refugee Camp
Some 2,000–2,500 migrants are reported to live in the camp.

Earlier in the day, BFMTV reported that Paris authorities had launched evacuation of migrants from the camp.

In September, forced evacuation resulted in relocating some 1,400 migrants from the camp at the Stalingrad metro station.

On Saturday, French President Francois Hollande promised to evacuate all the refugee camps in France, following the start of the Calais camp dismantling on October 24.