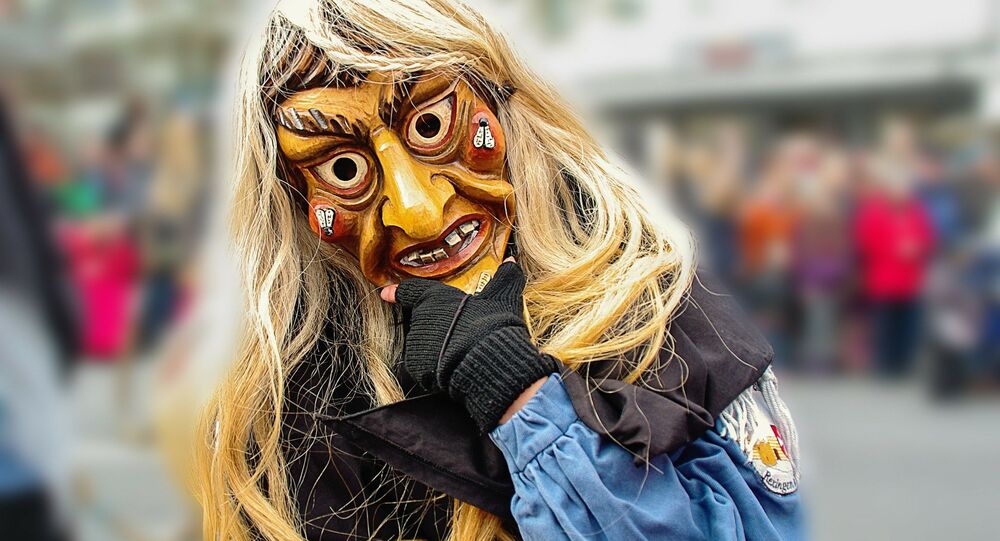 It's that time of the year again - pumpkins on window sills, cobwebs on doors, strange-looking people in scary makeup and masks wondering the streets... But Halloween isn't the only thing that has us quaking in our boots as post UK referendum scare stories hang thick in the air.

© Photo : Pixabay
Two-Fifths of EU Nationals in UK Worry About Job Security Due to Brexit
The immediate decline in the pound after the June 23 vote on UK's membership of the European Union didn't help matters much and its continual decline has only led to further frightening tales.

It started ahead of the referendum, as terrifying claims emerged that companies would commit to major layoffs. Some businesses did say they would relocate to other countries as they believed Britain would no longer be a fruitful option.

For example, a survey of 100 business leaders by the accountancy firm KPMG, said that some 72 percent of the CEOs questioned had voted "Remain" in the referendum, while more than two-thirds said they were confident Britain's economy would sustain itself, and around 76 percent were thinking of relocating.

According to recruitment consultancy Reed, it's too early to tell whether businesses will relocate and leave the UK.

"It could take years for the decision to leave to take effect, meaning that things shouldn't change too much in the short-term, at the very least. In fact, for all the speculation around economic turmoil, almost one in three employers we surveyed immediately after the result was announced believe Brexit will have a positive impact on the jobs market," a spokesperson for the company said in an online statement.

The EU referendum vote had a good percentage of the country concerned and Google searches peaked as people asked questions such as: "How do you get an Irish Passport?"

News stories of impending doom in the form of a recession and tales from banking giants such as Goldman Sachs led the public to believe the UK was heading towards a downward economy spiral.

However, according to economists at the credit rating agency Moody's, Britain's economy will slow down but should not come anywhere close to a recession.

Prior to the EU referendum vote, the Leave camp said that the National Health Service (NHS) would be fully funded with the extra money from saved by not being in the EU. That promise came to nothing as the very next day (June 24), then-UKIP leader Nigel Farage admitted on national TV that there was no guarantee the additional funding would be given to the health service.

The spine-tingling tales got worse however, when newspapers discussed ghoulish tales on how banks were set to leave London before Christmas 2016.

The claim was made in the Observer newspaper by the chief executive of the British Bankers Association, Anthony Browne. However, the likelihood of this happening, according to a source very close to Brexit Secretary David Davis, is very small, as Davis and Chancellor Philip Hammond had been working closely to secure the future of the City of London.

The next ghostly tale concerns the Governor of the Bank of England (BoE), Mark Carney as reports emerged that he would be quitting his post as in 2018. However Sunday (October 30), allegations came out that Carney would in fact, extend his term beyond 2018.

© REUTERS / UK Parliament
A still image from video shows Bank of England Governor Mark Carney speaking to members of Britain's parliament about the country's membership of the European Union, in London, Britain March 8, 2016.

Adding to the above frightening stories are tales of an unstable housing market and EU students being thrown out of Britain before the end of their course. It remains to be seen however, how true these tales are, yet there is little doubt that in a post-referendum Britain, fear has a new "Boo-rexit" face.