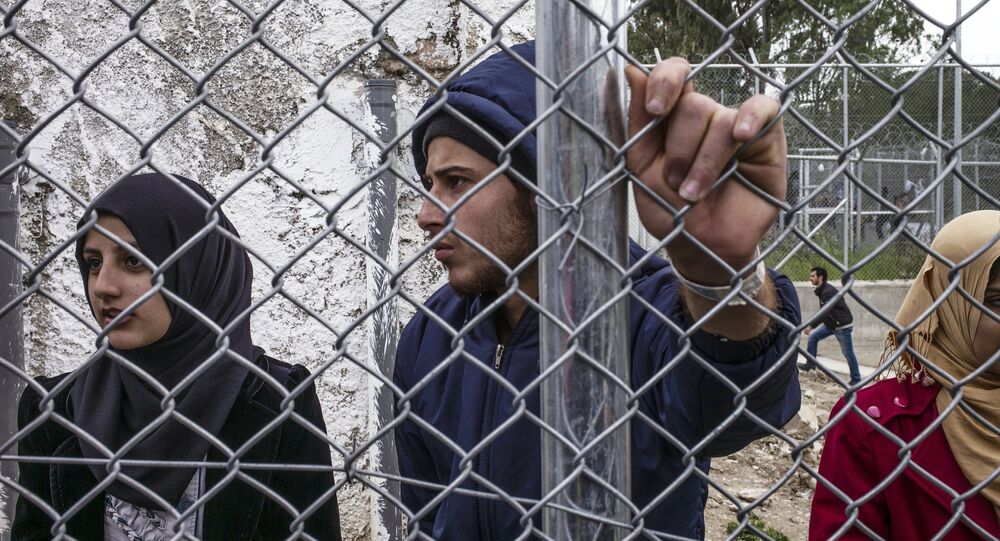 The EU 'Shouldn't Close Its Doors to Refugees' Amid Terrorist Threats

The EU shouldn't close its doors to refugees despite terrorist threats coming from the Middle East, Russian and German experts say.

The EU rather needs a well-thought-out policy on migrants, German political expert and chairman of the board at the political journal WeltTrends Lutz Kleinwächter said during a press briefing at the Rossiya Segonya International Information Agency.

'We shouldn't close the doors'

"We must take into account the threat of the rise of terrorism. This, however, shouldn't lead to the fact that we close all doors. We need a well-thought policy toward migrants. In Europe, it doesn't exist," the expert said.

Bundestag MP and a member of the Parliamentary Committee on Defense Alexander Neu also expressed his hope that Germany would remain open to refugees fleeing from war and seeking asylum.

© CC0
EU Authorities Focus on Censorship Instead of Fighting Against Terrorism
With regard to terrorism, the expert noted that the threat exists and noted that the country should continue to fight against it.

"Of course, there is such a threat, because Germany has accepted a large number of refugees which was the right thing to do. But now Germany… is an enemy to Islamism, along with France, England and other European countries," Neu stressed.

According to Neu, the war against terrorism is a problem that has existed for a very long time and will determine the situation in the Middle East over the next decade. The developments in the region are a long-term challenge which European countries have to face.

"For many years, central governments and Germany, did not pay enough attention to eastern countries, to southern countries, but now we have time to finally develop a modern policy toward refugees," Neu said.

'There is No Direct Link Between Migration and Terrorism'

© AP Photo
Turkish EU Affairs Minister Says 'Impossible' to Alter Anti-Terrorism Law
Associate Professor in European Law at the Moscow State Institute of International Relations, Nikolai Torponin, for his turn, stressed that there is no direct interconnection between migration and terrorist attacks.

In his opinion, "the penetration of the radical ideology into the minds" of the Germans, French, Belgians and other Europeans is much more dangerous than just a technical increase in the number of migrants.