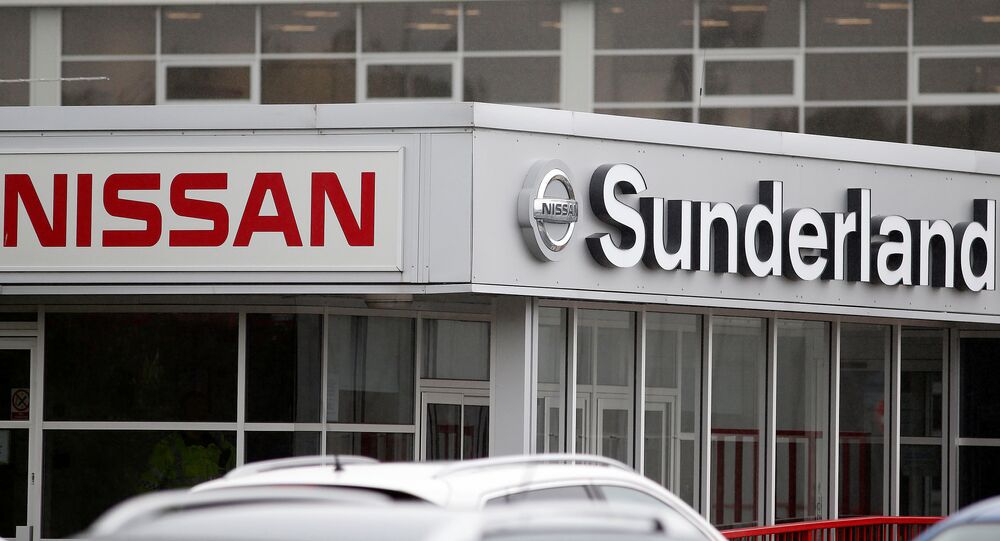 The British government is denying it gave a "sweetheart deal" to Japanese car manufacturer Nissan in return for assurances that the company would continue to build two new models at its plant in Sunderland.

Speculation surrounding the "sweetheart deal" was to be expected following a visit made to Number 10 Downing Street by chief executive officer of Nissan, Carlos Ghosn, on October 14, 2016 to meet with Britain's Prime Minister Theresa May.

Captured by photographers leaving Number 10, a Nissan spokesman said: "The purpose of this meeting…is to ensure both Nissan and the UK government have an aligned way forward that meets the needs of both the company and the country."

So it takes a meeting with the British PM for Carlos Ghosn to say Britain will remain competitive post Brexit. Hmmm….red flags anyone?

​"We do not expect any specific agreement to be communicated following this initial introductory meeting of the CEO and the Prime Minster," the spokesman added.

#Brexit economics
PM on #NHS:"There is no money"
PM on #Nissan:"Please don't leave. Here, this should cover it"
Nissan:"That will do nicely" pic.twitter.com/xkzyNCyVEO

​Theresa May's communication team said the PM would not comment on the private meeting.

Fast forward to October 27, 2016 and Nissan confirms that it will build two new models, the new Qashqai and X-Trail at its plant in the north east of England, citing "support and assurances" from Mrs. May over the UK's exit from the EU.

We’re proud to produce in the UK, and will be building the next-generation Qashqai and X-Trail models in Sunderland. https://t.co/Ek6xWAAfG2 pic.twitter.com/HzrN12wnKT

The announcement has been described by many car manufacturing commentators as a "major coup" for the UK government as it managed to keep a big business like Nissan in the UK over concerns operations could be moved elsewhere, following Brexit.

​However, speculation is rife that that UK government offered a "sweetheart deal" in the form of state aid or financial assistance to Nissan if Britain leaves the EU without a free trade agreement in place.

Either way, it seems a deal between Nissan and the British government has been struck, which according to Mike Hawes, chief executive of the Society of Motor Manufacturers and Traders Ltd is "good news for UK Automotive and jobs, confirming Britain as a leader in automotive production."

"To secure this position, however, we need government to provide public assurance to investors that our advantages will be maintained — namely, a competitive business environment, the ability to recruit talent from abroad and the continuation of all the benefits as we leave the EU," Mr. Hawes told Sputnik.

The deal, sweetheart or not, will secure more than 7,000 jobs in Sunderland, an area in the north east of England which voted overwhelmingly to leave the European Union.

Even former Prime Minister and ex-leader of the Labour party Tony Blair, has waded into the argument over the UK government's deal with Nissan.

Speaking to BBC Radio 4's Today program, Mr. Blair said: "I know the leadership at Nissan, I'm absolutely sure they would not have made this commitment unless they received very strong assurances from the UK government. Now, if the UK government are giving those assurances, I welcome that.

"I should imagine they gave strong assurances about the car industry's access to the single market," Tony Blair said.

And if #Nissan gets a post- #Brexit blank cheque, do Honda, Opel/GM, BMW, Toyota and Jaguar Land Rover/Tata get the same?

​Prime Minster Theresa May, who after the initial meeting with the CEO of Nissan on October 14, 2016 said she wouldn't comment, described the recent announcement by Nissan as a "vote of confidence."

"Britain is open for business," Mrs. May said.

​But the question remains, will Britain be open to Europe if — and when — it has to trade on the open market?