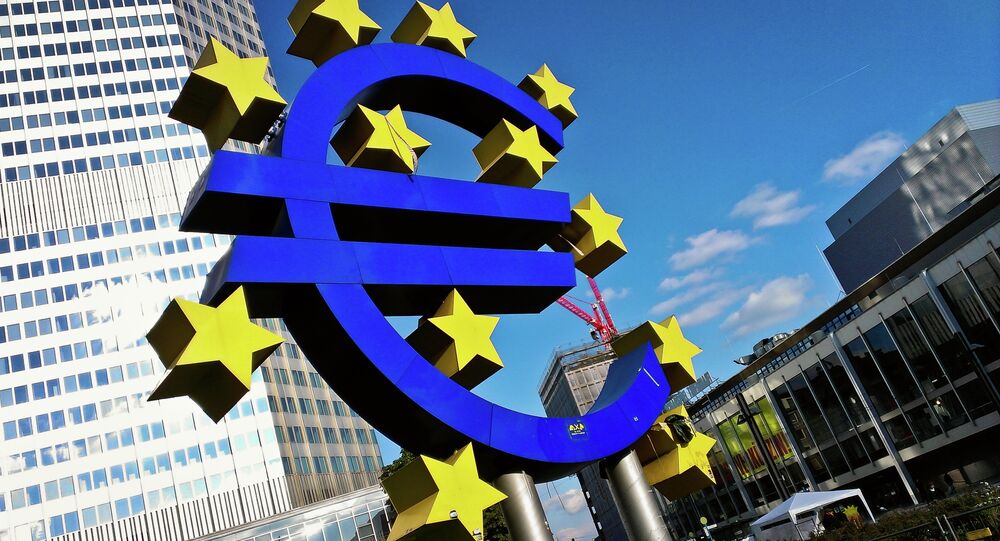 Amid the ongoing crisis of European integration, Eurosceptic parties and sentiments are on the rise across the EU. In particular, Italy risks leaving the eurozone in the coming future.

The European Union is currently in a deep crisis, including an unprecedented influx of refugees and financial tribulations across the eurozone.

© Flickr / Theophilos Papadopoulos
More Writing on the Wall: Brexit Significantly Raises the Probability of Eurozone's Collapse
The new publication touches upon the current challenges for European integration as well as ways to overcome the crisis.

The crisis has resulted in a rise in Eurosceptic parties and movements across the bloc. For example, the United Kingdom voted at a referendum in June to leave the EU.

In an interview with Sputnik Germany journalist Marcel Joppa, Sinn predicted that the rise in Eurosceptic sentiments across Europe is likely to result in Italy’s withdrawal from the eurozone.

"Right-wing parties do not hold the reins of power so far but they do exist in many EU countries. As for Italy, there is Beppe Grillo [leader of the populist Five Star Movement party]. He has been known for quite nationalist statements. He also wants his country to leave the eurozone," the economist pointed out.

In particular, in June, the anti-establishment movement called for a referendum in Italy on whether to keep the euro currency. The party also proposed to introduce two different currencies in Europe, one for rich northern countries, and the other – for less developed southern countries.

© AFP 2021 / Nicholas Kamm
Structural Reforms Important for Italy, European Union Institutions - Renzi
In early December, Italy will hold a constitutional referendum. The results of the vote will have a serious impact on Italy and the situation across Europe. The Italians will have to decide on reforms to the country’s Senate, the upper house of the parliament. If approved the proposed reform would change the formation of the Senate, accumulating power in the lower house.

"If Prime Minister Matteo Renzi fails to implement its parliamentarian reform this will raise the question on who will run the government. New elections will be likely in this situation and Grillo would have a chance," Sinn said.

"Polls reveal that Grillo and his party are very popular in Italy. Moreover, all Eurosceptic Italian parties have a total rating of 57 percent. So, in this regard, the future is uncertain," the economist said.

He added that in the short-run the crisis of the eurozone is the most serious challenge for the European Union.

Italy to Register Record Number of Migrants in 2016