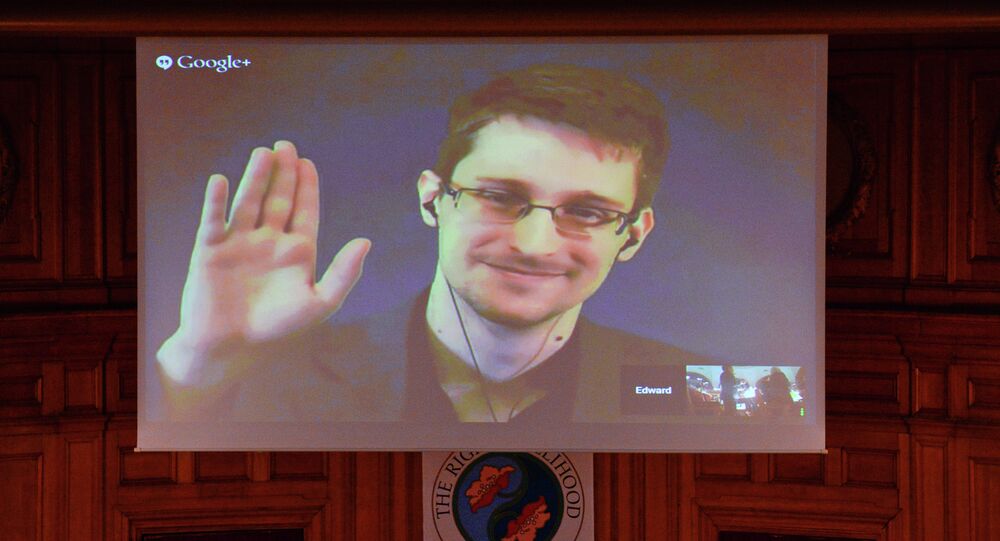 Speaking to reporters in Germany during a livestreamed conference on Wednesday, whistleblower Edward Snowden had a stern warning for those in the media.

"Journalists are increasingly a threatened class when we think about the right to privacy," Snowden told the crowd of European press. "Yes, I can give you tips on how to protect your communications, but you are going to be engaging in an arms race that you simply cannot win. You must fight this on the front pages and you must win, if you want to be able to report in the same way that you've been able to do in the previous centuries."

The National Security Administration whistleblower explained that government intelligence agencies do not like it when citizens use encryption, but are lying when they claim that they cannot break it.

“We have technologies that can protect communications in an unbreakable format when they're in transit. Governments have reacted to this as if we've thrown them in a pool of acid, saying you know, ‘you're shutting us out, you're going dark,’ This is false,” Snowden stated.

“Any government official who claims we're going dark is lying. We know this because we have classified documents from inside governments and we have reportage from journalists who have been in private sessions with these officials.”

“We're not stopping targeted surveillance. Because even, again, if you have the most well-encrypted device in the world, if the government spends a million dollars to pay a hacker to exploit your phone personally, they will very likely succeed.”

The iconic whistleblower explained that, when it comes to surveillance, “offense is easier than defense,” and that the government’s focus on doing the spying, instead of protecting themselves from the spying, is what leads to their being successfully hacked.

“This is what's leading to the kind of dynamics we see today[…] Whether it's the Office of Personnel Management; whether it's this recent Democratic National Committee hack; whether it's all of these other things about infrastructural attacks; fear of the power grid being attacked—these were preventable problems,” Snowden said.

© REUTERS / Mark Kauzlarich
US Mainstream Journalists Shower Hillary Clinton With Cash Donations of $382,000
Snowden blamed this on the fact that the media is not putting enough pressure on governments by inciting public concern and debate about cyber-security.

He stated that the United States could hack Russia ten times, but that it would cause less damage to the Kremlin than if Moscow hacked the US once. He added that the US could hack North Korea a thousand times and they would still suffer less damage than if Washington was hacked by Pyongyang a single time. Snowden warned that a hacking war is not a game the US should seek, and that government cyber-security policy is currently very short-sighted.

"And policy is only short-sighted here because it is not being publicly debated," Snowden stated. "It is not being openly scrutinized outside of this audience of a few special interests."