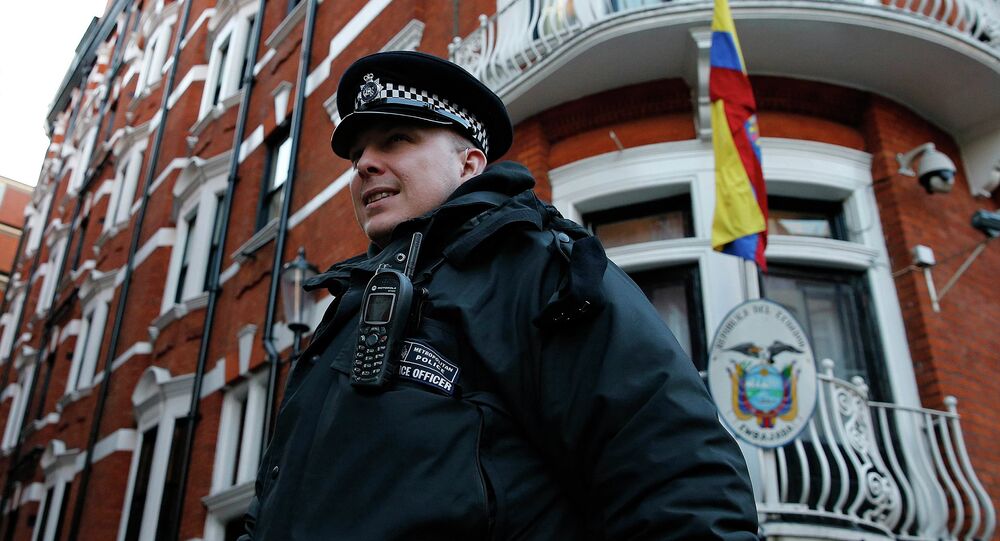 The Wikileaks founder Julian Assange said Democratic presidential nominee Hillary Clinton forced the Ecuadorian embassy to cut off his Internet access after materials related to the US election campaign were released, media reported on Thursday.

© AP Photo / Markus Schreiber
Despite Ecuador’s Denial, US Pressured Embassy to Cut Assange’s Internet
MOSCOW (Sputnik) — On October 18, the Ecuadorian embassy in London announced it had shut off Assange's Internet access due to WikiLeaks publishing materials that affect the US presidential election. The Ecuadorian officials explained such a motion by non-interference in external electoral process.

"We whipped up a crazed hornet's nest atmosphere in the Hillary Clinton camp and all the organizations that are backing her," Assange was quoted as saying by the UK newspaper Daily Express.

The paper reported that Assange made a telephone call in to the Conferencia Internacional de Software Libre in Argentina on Wednesday, though the video from the conference was released just on Thursday.

The call ceased the speculation over Assange’s possible death or arrest, heated by his two-week period of silence.

On October 23, Wikileaks released a statement, saying Assange had not published any documents related to the US election campaign from the Embassy of Ecuador.

Assange has been residing in the Ecuadorian Embassy in London since 2012 to not be extradited to Sweden, where he was accused of rape after WikiLeaks begun to release documents in its possession.