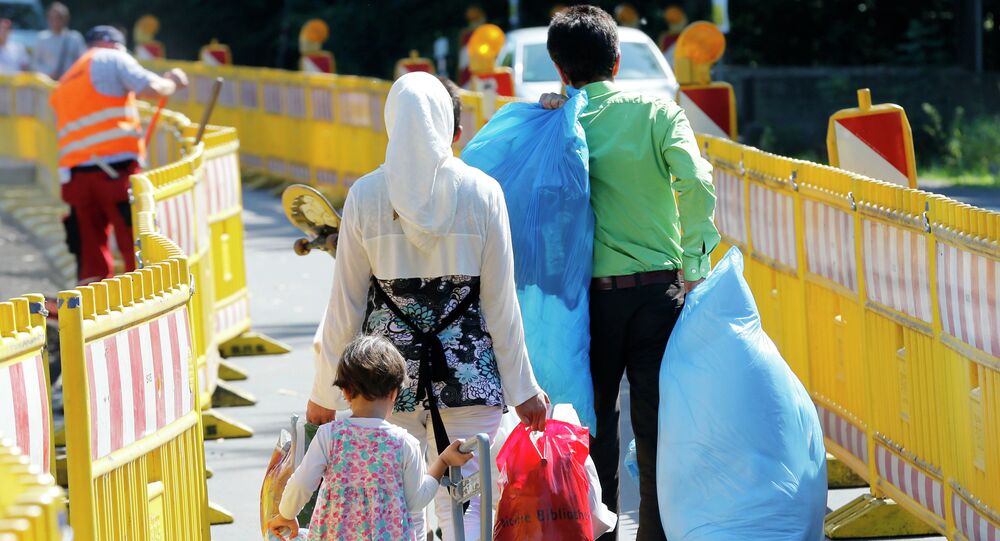 A Syrian refugee with four wives and 23 children has allegedly received over €360,000 in benefits over the course of one year of his residence in Germany, the Sun reported referring to Rhein-Zeitung.

In 2015, the Syrian refugee named Gazia A. arrived in the EU with his unusually large family. Since then he received various benefits totaling more than €360,000 and sparked outrage among German residents.

© REUTERS / Michaela Rehle
Oops! Every Third Refugee in Germany Lies About Being Syrian
In 2015, over 1.1 million migrants from North Africa and the Middle East came to Germany fleeing violence in their home countries. Gazia A. and his family were among them.

Since polygamous marriages are prohibited in Germany, the man was asked to choose his "main" wife while the three other women were documented just as his "friends."

All four women live in different places and Gazia regularly travels to visit each of them. According to reports, since Gazia arrived in Germany he has not worked a single day.

"According to our religion, I shall visit each of my families on equal terms and not show my preference to any of them. So I spend almost all the time with them," the man told German newspaper Das Bild, adding that he would welcome the opportunity to get a job.

Before the outbreak of the civil war in Syria in 2011, the man made a living with several garages and a car rental service he owned. In Islam, a man can have up to four wives under the condition that he can financially support all of them.

Refugee Family in Germany Tries to Sell Baby on EBay