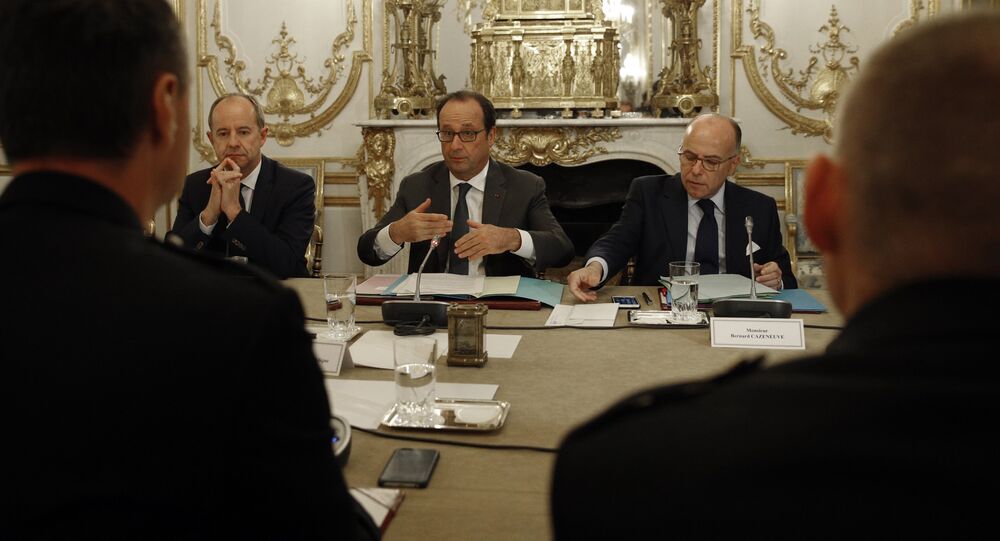 French President Francois Hollande and his embattled Interior Minister Bernard Cazeneuve were forced to promise emergency funding of US$273 million to the police and other provisions amid growing anger in the law enforcement agencies over chronic cuts, poor equipment and lack of protection.

French police have staged ten days of protests across France — including Paris, Marseilles, Bordeaux, Nancy and Toulouse — over staff shortages, poor equipment and bad leadership which has left them exhausted and frustrated as France gets to grips with the increased terror threat since the Paris attacks of 2015.

The police in France have been under huge strain following the imposition of a state of emergency following the November 13 attacks in Paris, which left 130 dead and hundreds more injured. The police have been commanded to crack down on neighborhoods where radicalization is suspected.

However, years of cutbacks by successive governments have left the police understaffed and — in many areas — there has been no effective police presence for years, leading to no-go zones which have been seized upon by gangs.

​This, in turn, has led to police being attacked when trying to enforce the state of emergency. In the most serious of these, an officer was seriously injured in a Molotov cocktail attack in Viry-Chatillon, a notoriously crime-ridden commune in the southern suburbs of Paris on October 8. Others were injured and are still receiving treatment.

[Tweet: 'The attack police in Viry-Chatillon is unspeakable and intolerable. I assure them of the full solidarity of the Republic']​

The police say their equipment is outdated and not fit for purpose any more, leaving them open to personal injury, without proper protective equipment or radio communications.

"We work in filthy, run-down police stations, we have to provide much of our own equipment — business cards and even pens. We don't have up-to-date communications or radio equipment and we are expected to rely almost completely on our private mobile phones. Above all, we are restricted in what we are allowed to do to defend ourselves when we are under attack," an officer, Alexandre Langlois told France 24.

Approval rating for the President of #France hits a new all-time-low of just 4%. Still much too high, to be honest.https://t.co/yyLl5gRhAe pic.twitter.com/eQxAqSDFJd

​At a crux meeting, Hollande — whose approval ratings are at an all-time low — promised the police emergency funding, doubling sanctions for insulting police, easing conditions to wear hoods to better protect the identity of police officers and funds US$273 million to buy new equipment.