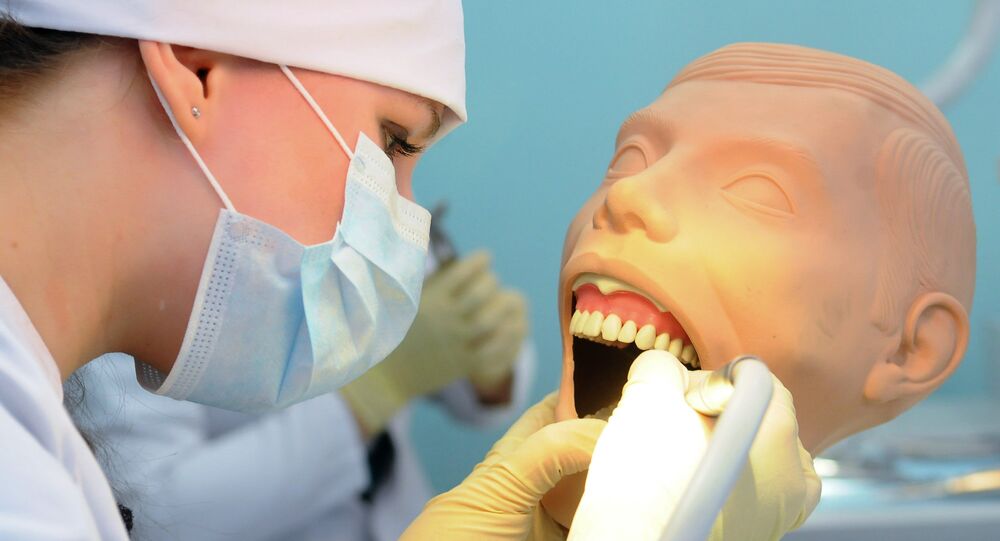 No Body to Count On: Cadaver-Strapped Turkish Med Schools Relying on US Imports

Uludağ University in Turkey’s northwestern Bursa province has been forced to buy dead bodies from the US for $40,000 each so that students can practice on a real human body, Hurriyet Daily News reported, adding that only a handful of Turks agree to donate their bodies to science.

“Because cadavers cannot be found in Turkey, we are importing them from the United States. Each one costs 120,000 liras,” Professor Erdoğan Şendemir from the university’s Department of Anatomy told Sputnik Turkey.

He underscored the urgent need for donations of dead bodies and complained about the local authorities’ reluctance to inform medics about dead bodies available for medical research purposes.

Professor Şendemir stressed the importance of working on dead human bodies for medical students and also for the training of highly qualified specialists.

© Sputnik / Sergey Kuznecov
Not So Fast! ‘Dead’ Indian Man Wakes Up on Autopsy Table
He said that there were some 90 medical faculties currently available in the country with over 10,000 students engaged in anatomical studies each year.

This means that, ideally, you need to have one dead body for each group of 8 to 10 students. In reality, most of Turkish medical institutes have to make do with just one cadaver per every 150-200 students.

“A medical student needs to see all the organs and tissues in their original places and in a way that’s close to reality,” Hurriyet Daily News quoted Prefessor Şendemir as saying.

“A medical student needs to see all the variations, meaning the structural changes from human body to body. No abstract education can fill the place that is filled by a cadaver. I don’t think anybody would venture to be operated on by someone who has learned about human anatomy from photographs alone,” he emphasized.

Turkish medical institutes are currently working to persuade people to donate their bodies after death for use by medical researchers.

Did Michelangelo Secretly Paint Symbols of Female Anatomy in the Sistine Chapel?