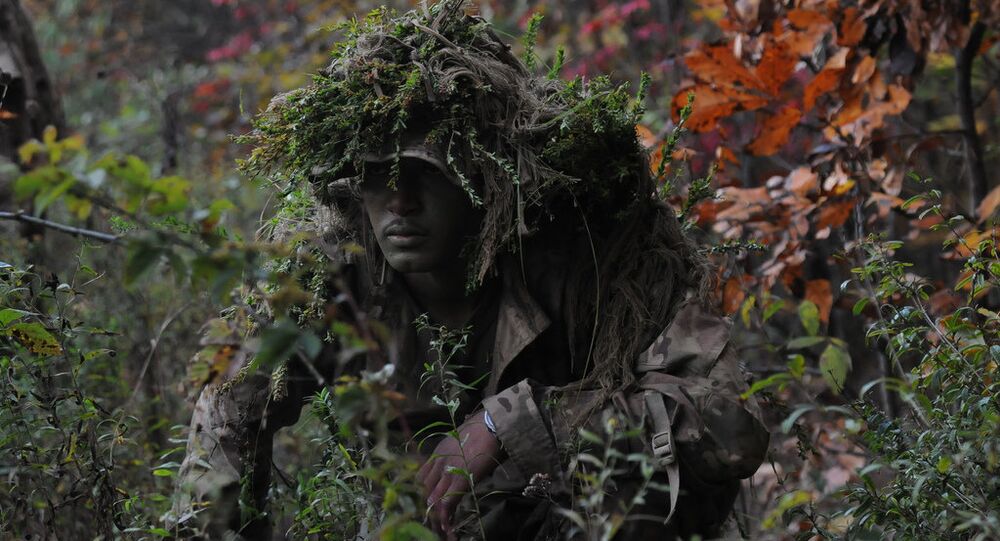 'Anaconda Plan?' Why US Efforts to Encircle Russia With Bases are Meaningless

Commenting on Norway's recent announcement that it will allow US marines on its soil, some experts suggest that Washington is pursuing an "anaconda strategy" against Russia by "coiling" it with military bases; however others explain why all the US' efforts are, in fact, meaningless.

© Sputnik / Sergey Stepanov
NATO Increases Baltic Presence as Norway Approves US Marines at Vaernes Base
For the first time since the Second World War, foreign troops will be allowed to be stationed on Norwegian soil: some 330 US Marines are due to be deployed on a rotational basis at the Vaernes military base, about 1,000 kilometers (600 miles) from the Norwegian-Russian border, starting in January.

Commenting on the decision, President of the Academy of Geopolitical Studies, Colonel-General Leonid Ivashov compared it with the so-called "anaconda plan". This strategy was applied at the beginning of the American Civil War (1861-1865) and was aimed at blocking southerners from the coastlines and cutting off access to their ports, thus slowly exhausting their supplies.

The strategy got its name from the anaconda's method to kill its prey: The snake coils its body around its prey, squeezing tighter when the animal exhales until, eventually, the victim can no longer breathe.

"In their anti-Russian military policy Americans are using the 'anaconda strategy': they deploy a network of military bases along the entire perimeter of Russia's borders, launching numerous military drills and so on," Ivashov told RT channel.

"Norway is now set to become one the Anaconda's coils. We should not forget that Norway is located near Russia's Northern Fleet bases," he added.

His view is echoed by Russian political scientist, head of the political science department of the Russian Economic University Andrei Koshkin, who noted that Russia borders Norway in the Arctic, which has recently become one of the most strategically important regions in the world.

"There is an attempt to make an anaconda coil in this region by deploying deterrent military political forces who will be able to neutralize Russia along the Arctic contact line," he told RT.

"The US has put its boots on Norway's ground with the purpose of boosting the activity of Western states on the border with Russia in the Arctic, to be able then to squeeze Russia out of that region," the political scientist suggested.

"Norway is an active participant in the Arctic process. And a powerful military stand-off is developing there," echoed Leonid Ivashov.

The US media was quick to suggest that the move "could send a chill down Russian President Vladimir Putin's spine."

CNN explains how our troop deployment to #Norway is calculted to frighten Putin and ramp up tensions with Russia. https://t.co/nWhccouxGa pic.twitter.com/BG8mB6twdU

"There are no units in the US Marine Corps drilled for combat in the North and in mountainous terrain. Until recently the US hasn't thought about possible battlefields in such geographic and climatic conditions. As the result, it does not have any units ready and does not even know how its equipment is going to function in such a climate, even though the climate conditions of central and northern Norway are far milder than those of Russia's Far North," Russia's online newspaper Vzglyad writes in its analytical piece on the issue.

The outlet further studies the location of the Norwegian Vaernes military base near the port city of Trondheim in Central Norway, where the US marines are going to be stationed.

© AFP 2020 / SAUL LOEB
US Military Deployment in Norway 'to Send Negative Signals Eastward'
"There are rough snowy mountains with numerous caves, which are typical for that terrain," it says.

"A static military base in these mountains for locating personnel on alert will take at least half a day, and is nothing more than a large target which is shouting for [Russian mobile ballistic missile systems] Iskander to hit it," the newspaper says.

American military bases are scattered around the large territory of Europe without any coordination or any coverage, the website says. The systems of joint staffs with the armed forces of Eastern Europe have not started working. They were doomed from the start, "taking into account the colonial attitude of the American staff towards the Poles, Romanians, Bulgarians, Latvians and Estonians," it says.

The military bases in the Baltics have been completely isolated. The Lithuanian base, for example, has no air defense systems, as well as the US "fort" in the Latvian Adazi, the former resort village of Soviet intelligentsia. A similar situation is evident in Estonian Tartu, a former base for Soviet strategic aviation, the only air field in the region which can receive heavy transport aircraft.

"It is 25 kilometers from the border with Russia. Not a distance for a subversive group," the newspaper says.

With regards to Norway, it is 1,000 kilometers from the Norwegian-Russian border, it further says, along the snowy mountains.

The meaninglessness of the deployment of the marine rear arsenal in Norway is evident, it they says.

"The American plan of military support for Europe looks attractive only to Europe's "small nations." In reality, it is a mixture of bluff and an array of snobbish illusions which can be sold only by those who are eager to buy," the newspaper finally states.