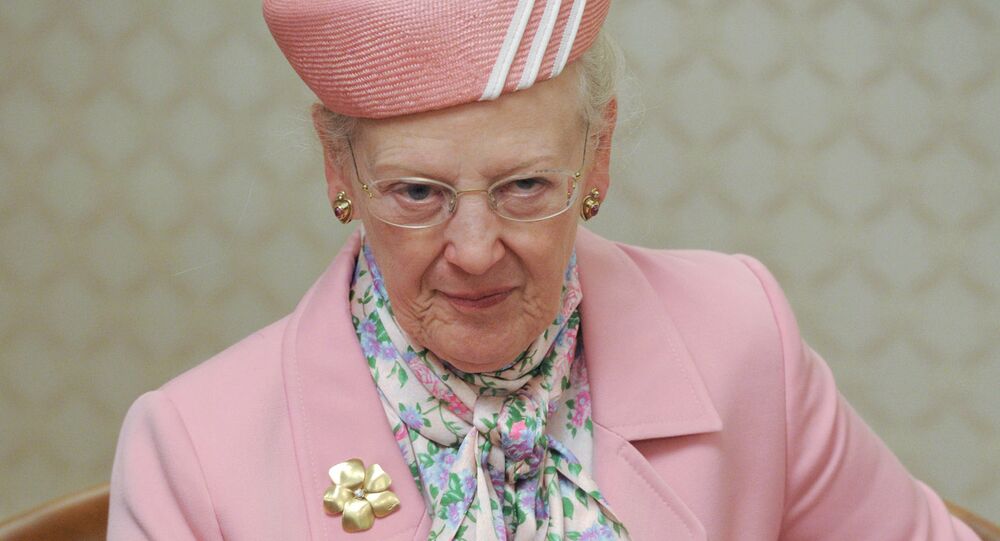 Throughout her reign, which has spanned over four decades, Queen Margrethe II of Denmark seldom resorted to discussing political issues and generally avoided voicing opinions in public. This is all the more reason why her recent criticism of Denmark's integration efforts has gained national attention.

© AP Photo / Jens Dresling/Polfoto
Danish Queen Frowns on Multiculturalism Amid National Debate
In a new book, penned by Thomas Larsen of the Danish daily Berlingske and based on interviews with the Queen, Margrethe II addressed on some of today's most controversial topics. According to Margrethe II, Danes have underestimated the challenges of successful integration. Consequently, this underestimation is reflected in democratic Denmark's failure to successfully explain the ground rules for Islamic groups, who are ready to challenge them.

"We probably thought that this kind of thing would happen by itself. If you walked the streets of Copenhagen, drank the municipal tap water and took the local bus, you would probably become a Dane in a short time. It was so obvious for us, and therefore we thought that it must also apply to those who settled and lived here. It was not. Now we have learned," Margrethe II said, as quoted by Danish daily Berlingske, stating that it was not a law of nature that one becomes a Dane simply by staying in Denmark.

TODAY'S BIRTHDAY GIRL & HER HAIRDRESSER One of the most charming pics of #QueenMargrethe ever! #Kongebloggen #Royals pic.twitter.com/gff8JtoanG

​According to Margrethe II, one need not yield to over-politeness and must sometimes dare to make guiding remarks.

"We must work with it and you have to occasionally put people back against the wall and say: Hey! This here is unacceptable," Margrethe II said.

© Flickr / Bo Nielsen
Just Can't Get Enough? "Too Many Muslims" Danish Party Says
The Queen's statements come at a time when Denmark is still reeling from the consequences of last year's migrant crisis. Throughout the past year, the political tone has become more intense and the very concept of Danishness has been debated. Margrethe II admitted that she now has a different perspective on the development compared with the times when immigration took off in the 1960s and all Danes thought it was "exciting."

"We cannot pretend that it wears off by itself. It won't. Many of us thought that people who come to a strange place are a kind of a blotting paper that absorbs everything new. <…> The task becomes harder, however, when so many people having various backgrounds and a particular religion arrive at once. They risk isolating themselves regardless of their will," Margrethe II warned.

The Queen pointed out schooling and education as some of the main roads that the newcomers could consider pursuing, although she herself went to admit that she did not have a recipe for successful integration.

"If I only knew that, I would probably be a wise wife. It is no easy task and I'm not one who can put into words," Margrethe II admitted, self-deprecatingly.

"She described precisely the development that many of us have gone through. I remember saying at the beginning of my tenure as Integration Minister that the number of immigrants and refugees did not matter meant so much, as long as they found work. It sounded good, but unfortunately it was not true. It is the number that matters," Haarder admitted.

The first time Margrethe II took up migration was during her New Year speech in 1984, when she warned her compatriots against meeting newcomers with "a polite coolness" and called for a heartier attitude. In 1992, she criticized her fellow Danes' nationalism and xenophobia. In 2005, Margrethe II stated, however, that Islam was a challenge to be taken seriously. Earlier this year Margrethe II declared that Denmark is "not a multinational country."