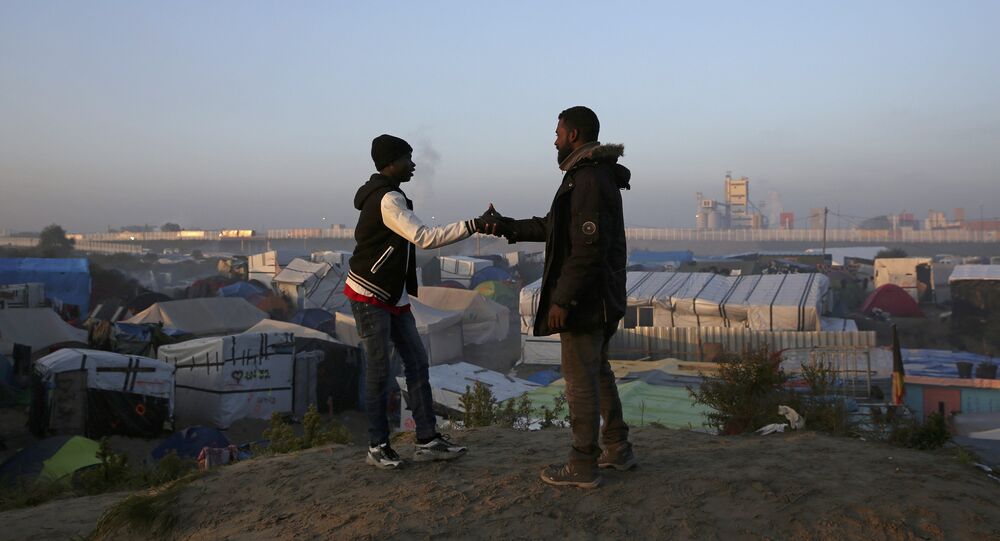 The Calais "Jungle" may be demolished, but that won't stop the flow of migrant settlers to northern France, Christian Salome, president of the French humanitarian organization Asylum for Migrants, told Sputnik.

© AFP 2020 / FRANCOIS LO PRESTI
Welcome! Germany Expects French Requests for Relocation of Calais Migrants
Asylum for Migrants is assisting the French authorities in transporting refugees and migrants from the Calais "Jungle" to reception centers around France and the EU.

Last week the Jungle was home to over 7,000 people, some of whom have already been bussed out of the camp ahead of the demolition which is slated to begin on Tuesday.

According to a survey of the Jungle's residents in May by the aid NGO Medecins Sans Frontieres, around one third were from Sudan, while others were from Afghanistan, Iraq, Iran, Syria, Eritrea and Pakistan.

MSF told the Independent that of the 6,000 migrants estimated to be living there, 82 percent were aiming to reach the UK, via the Eurotunnel located just a few kilometers away. The vast majority (95 percent of the survey's respondents) were men, and their mean age was 25.

© Flickr / jeaneeem
EU-Skeptical Scandinavians Sulk Over Migrant Crisis
On Monday, Salome told Sputnik that while transporting refugees and migrants out of the Jungle to reception centers can be carried out relatively quickly, the illegal settlement is a long-term problem.

"According to my information, 60 buses are ready to go on the road today. If there are 50 people in every bus, that's 3,000 people. They can all be sent today, no problem," Salome said.

The aid worker said that while the current "Jungle" has become the most famous illegal migrant camp at Calais, it has been preceded by many others, and more will follow. He thinks that around 2,000 people will either remain in Calais or return there.

"You will be able to see them under bridges, they will be scattered everywhere, and since the police find them before us, they are placed in a temporary accommodation center. Three such centers have re-opened, where there are 1,500 places to lock them up."

"The temporary accommodation center is a prison. In most cases, they let them out after 48 hours. If they turn up in another area of France, they come back (to Calais). It takes a few days or weeks, then they will be here again, like they are after every demolition. Thousands of people, who will have to be given a tent, fed so that the police don't find them, without showing where they are."

© AFP 2020 / Dimitar Dilkoff
Austria: EU Must Deport More Migrants
"That is, the same thing will happen as has happened over the past ten, 15 or 20 years" Salome said.

"Unfortunately, it will all happen again. I have been living in Calais for 24 years and for all that time the same situation repeats itself. Today there are more people, but the process is the same: they demolish the camp, demolish the abandoned homes where people were squatting, so that for several days there is not one migrant in the region, but then they come back."

"There are still conflicts in the world, around 30 people arrive every day and they will continue to come as before, that's obvious," Salome said.

Over 7,700 Syrians Return to Syrian Jarabulus from Turkey - Migration Office

Italy to Register Record Number of Migrants in 2016