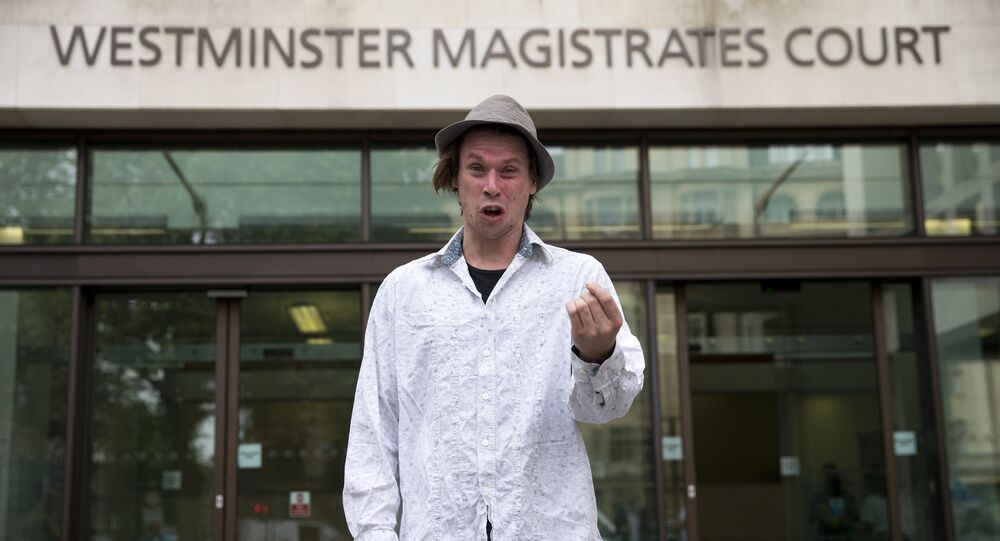 Lauri Love is facing extradition and up to 99 years in US prison after being accused of hacking into the US Missile Defense Agency, Federal Reserve and NASA.

A letter expressing "deep concern for the safety" of Love has been signed by 105 MPs, led by Conservative David Burrowes.

The letter argues that Love has a "a long history of serious mental health issues, depression and some episodes of psychosis."

There are fears that he could die if he his imprisoned in the United States.

The MPs argue that it would more appropriate for Love to be tried in the UK where at least 12 people have been prosecuted for similar crimes.

"We would like to ask, why then is the United States insistent on Mr. Love's extradition, despite the UK having a proven track record of appropriately sentencing and rehabilitating individuals who have committed computer-hacking offences against the US?" the letter stated.

A judge at Westminster Magistrates Court last month ruled against Love and he must now appeal to have the case heard in the High Court.

The law was changed following that case with the intention of providing a safeguard, but Love told Sputnik that it actually makes it more difficult for defendants.

to be fair, a few of these principles haven't actually been trampled on so far in my case…

"A lot of MPs have become interested as a consequence of their involvement in Gary McKinnon case. They're concerned that all of that work is being undone. I went to parliament and met MPs involved in Gary McKinnon campaign and they were quite rightly angry that they were sold a bit of rope with the law change. It’s not fit for purpose," Lauri Love told Sputnik.

"When Theresa May announced that Gary McKinnon wouldn't be extradited it was welcomed by all the MPs at that time.

"But now we're in a situation that’s even more dangerous than before. We're not even back to square one — it's worse than that."

Love's case has been taken up by the Courage Foundation, which supports people who risk their liberty in attempts to make information public.

He says that despite the the focus on sovereignty in Britain, following the Brexit vote, the country remains "subservient" to America.

"Our subservient relationship to America has caused us a lot of problems and we're still living in the shadow of the consequences of the war on terror in terms of destability," said Mr. Love.

Love says he fears for his life if he is convicted and jailed in the United States.

"In the US you can be put in solitary confinement in a suicide smock and another prisoner will watch you until you're not at acute risk of suicide," he says.

"You'll then be chucked back into the general population and that's when people do kill themselves. For me its about justice and whether its right that someone should be put in a position where they feared for their life"