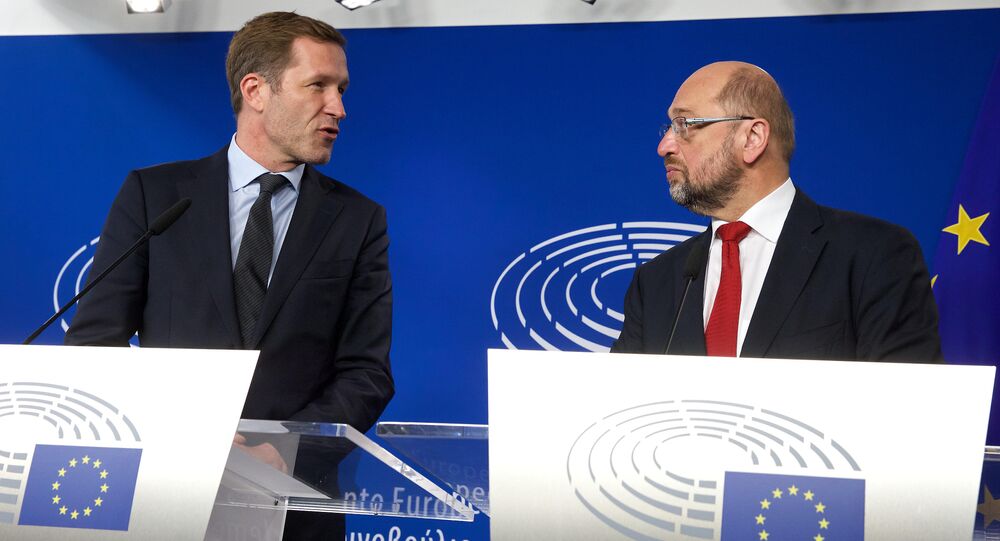 The fate of the Comprehensive Economic and Trade Agreement (CETA) between the EU and Canada remains increasingly uncertain after Belgian Prime Minister Charles Michel confirmed the country's Wallonia region had failed to support the deal by an EU-imposed deadline of Monday (October 24).

Following the failure of last week's EU leader's meeting to convince Wallonia to support CETA, it was reported that EU officials had given the French-speaking Belgian region until late on Monday to come to a final decision on the agreement.

However, Walloon parliament president Andre Antoine said outstanding concerns about the potential impacts of CETA meant that Wallonia could not meet Monday's ultimatum and sign off on the deal.

#Wallonia President: "A pity EU pressure on those blocking measures against tax fraud is not as intense [as what we're facing on #CETA]" https://t.co/bv4MeQN1FA

​"There's a huge mish-mash of texts. This is not serious international law… Secondly, ultimatums and threats are not part of democracy. We want a deal, we want a treaty, but we want to negotiate it with a minimum of courtesy and respect," he was quoted as saying by Reuters.

"A reasonable delay would be the end of the year. With that, we could get there," he added.

Antoine's comments came after the leader of the Wallonia region, Paul Magnette, all but killed off the chance of a deal being made before the planned EU leaders' summit on Thursday (October 27), where Canadian Prime Minister Justin Trudeau had expected to travel to Brussels to formally sign off on the agreement.

Speaking on Sunday, Magnette told the Belga news agency that the EU ultimatum "is not compatible with the exercise of democratic rights."

EU and Canada: stop bullying Wallonia. It is right to resist your anti-democratic #CETA — a charter for corporate power.

​While Belgium's federal government supports CETA, it cannot agree to the deal without the support of the country's regional authorities, of which Wallonia is one.

The fate of CETA has also taken another potential hit, with reports the Belgian region of Brussels-Capital will follow Wallonia and reject the deal. German broadcaster ARD reported that a spokesperson for Rudi Vervoort, the leader of the Brussels-Capital region, said he would not allow the deal to be ratified.

Besides #Wallonia, the region Brussels-Capital also insists on a Belgian "no" on #CETA, confirms spokesman of the PM talking to ARD Brussels

Confirming the breakdown in negotiations, Belgian PM Michel said he had informed European Council chief Donald Tusk that Belgium could not sign the deal, citing the opposition of regional leaders.

"I have officially told Tusk that we have no agreement," he told reporters on Monday, adding that he was still open to more dialogue to try and resolve the dispute.

​​Proponents of the deal say it will reduce trade barriers and encourage growth between the EU and Canada, the world's tenth-largest economy.

However, Walloon officials have argued CETA will adversely affect agricultural workers in the region and place too much power in the hands of large multinational corporations, amid fears over workers' rights.

© REUTERS / Eric Vidal
'CETA is a TTIP in Disguise': Why Canada-EU Deal Will Negatively Affect Brussels

Wallonia's refusal to allow the Belgian government to sign-off on CETA has left the EU with the embarrassing prospect of having to cancel Thursday's planned summit with Mr. Trudeau.

The EU's failure to unanimously support the deal has also raised questions about the bloc's ability to close similar trade deals in the future, with EU Trade Commissioner Cecilia Malmstrom saying CETA represented more than just the EU-Canada trade deal.

We have engaged wholeheartedly w Wallonia the last days. Truly sad talks have been halted. Still hope to find solution in order to sign CETA

​"There are of course bigger things at stake than only this agreement," Cecilia Malstrom said last week.

"It's about the credibility of the European Union to conclude trade agreements in the future."

​Under EU rules, any trade agreement must have unanimous support from member states, which has led to a situation where the Belgian region of Wallonia, with a population of 3.6 million, holds the power to veto a trade agreement for the rest of the bloc, which has more than 500 million citizens.

Critics say such an approach is counterproductive, too slow and inhibits the bloc's ability to close out large trade agreements.

Is @EU_Commission considering paying ransom dressed-up-as-'structural-funds' to #Wallonia so she drops veto on #CETA?
Terrible idea if true.

Given the EU's inability to come to a unanimous agreement with CETA, there is speculation over the prospects of controversial trade deals such as TTIP and TiSA, which are highly controversial and unpopular with large sections of the general public.

I'm pencilling in hostilities between the UK and Wallonia for 2025, when the bilateral UK-EU FTA comes up for ratification. #CETA

​Some fear that with rising euroskepticism within the bloc and general elections coming up in many key countries, governments and parliaments will increasingly veto trade deals such as CETA, TTIP and TiSA.

These concerns have also been expressed in regard to British negotiations on exiting the bloc, with critics arguing that given the EU's inability to come to an agreement with a friendly, allied country such as Canada, it doesn't bode well for UK Prime Minister Theresa May in her quest to leave the EU and negotiate a trade agreement with the bloc.