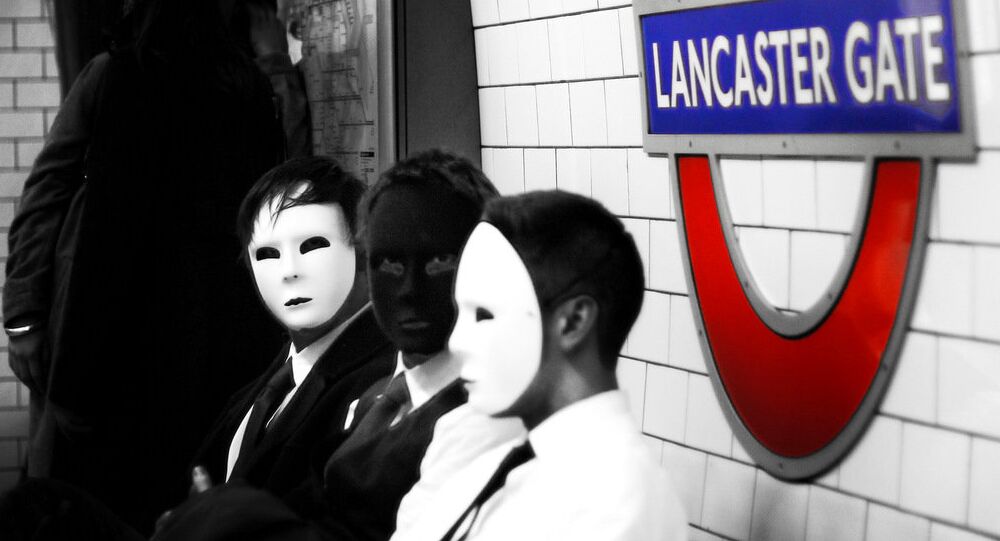 'I Streamed Sausage Party, It Was Fun!': Most Brits Admit to 'Micro-Crimes'

Criminal activity was once reserved for the select few; those brave enough to rob a bank, steal a car or commit fraud would often find that crime never pays. Well it appears that the select few have now turned into the vast majority, as more people begin to engage in "micro-crime" activities.

YouGov has revealed that Britain is full of so-called "micro-criminals," who are waging war against the powers that be and committing minor offenses.

The results show that there is a wave of tiny crimes sweeping the country. From abusing supermarket checkouts to lying about their age in order to get a discount or better deal, 74 percent of British people are considered to be "micro-criminals," which means they have committed at least one very minor crime.

The most popular "micro-crime" to commit among British people is paying cash-in-hand for an item, knowing that when this is done, you will not have to pay tax, with 43 percent of people confessing to this crime.

No wonder we voted Brexit, UK is full of criminals and vagabonds:
"Three quarters of Brits are ‘micro-criminals’" https://t.co/zf7o085NQx

​The second most committed crime was illegal streaming and downloading TV shows, with 28 percent of Brits confessing to this offense. The crime was mainly carried out by 18-24 year olds, where 57 percent of young people admitted to being guilty and only 8 percent of those over the age of 65.

Sputnik spoke to a young man named Jack Telford* from London, who explained why he had committed the micro-crime of downloading and streaming TV shows.

​"The last film I streamed was called Sausage Party. I did it because it looked like a fun film and I wanted to watch it.

"I don't consider streaming and downloading illegal, it's simply file sharing and it's not as serious as bank robbery or committing a major crime like murder, which should be punishable by prison," Jack told Sputnik.

Jack said that the fact 74 percent of Brits engage in this type of micro-crime is not a bad thing, as there are worse offenses.

"It's harmless, what's wrong with streaming a video or downloading, nobody gets hurt," Jack told Sputnik.

However even though the public believe that this is a harmless crime, it has huge implications on the film industry. The police in the UK have established the Police Intellectual Property Crime Unit (PIPCU), which aims to combat illegal downloading and video streaming.

Recently actor and director Sylvester Stallone, commended the PIPCU for cracking down on illegal video piracy, which he said makes him, "sad."

"I think it's unfortunate because… there's thousands of people that won't make movies, that won't get a chance because they've lost a lot of money, that's the trouble."

However with websites such as Megaupload and KickAss Torrent, who allow people to illegally stream and download content, the problem is more widespread then people think. Research from IPSOS said that it costs the industry US$500 million a year.

However, there are some crimes which are not committed as much as others.

Supermarkets can sleep easy knowing that their self-service checkouts are not being abused by "micro-criminals" in Britain. Only 9 percent of people admitted to this and 1 percent did it frequently, however not purchasing a plastic bag from UK food stores is committed by at least 17 percent of shoppers. The law in the UK changed in October 2015, meaning that shoppers are now being charged for plastic carrier bags. This law only applies in relation to large shops and supermarkets.

The results also show that there a class war may be involved when it comes to committing "micro-crimes," with 78 percent of middle class people verses 69 percent of people from a working class background admitting to being guilty of it.

*All names have been changed to protect the interviewee's identity.