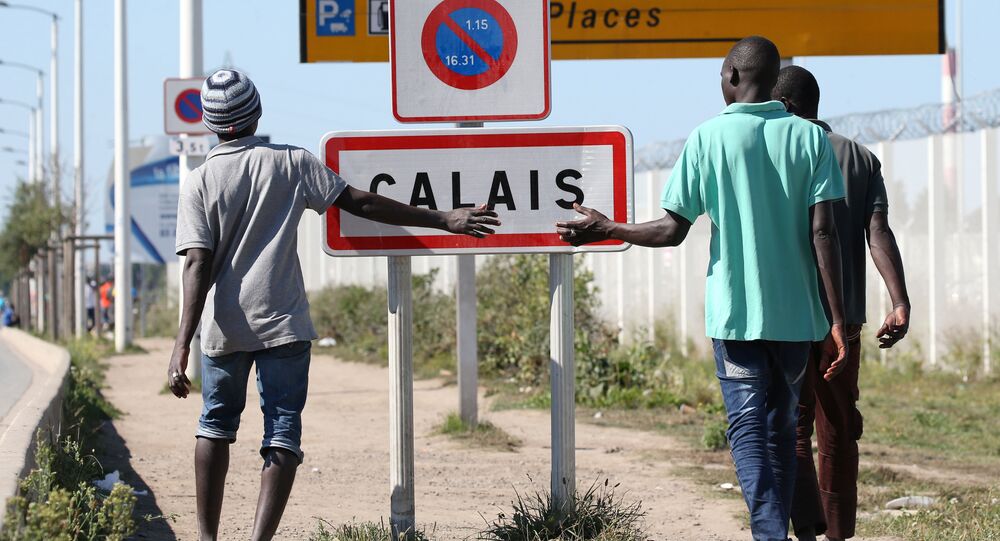 The number of minors in Calais refugee camp has increased to more than 1,400, NGO Help Refugees said in a statement on Monday.

© REUTERS / Pascal Rossignol
Demolition of Calais Refugee Camp Threatens Minors, Mental Health Patients - MSF
MOSCOW (Sputnik) — While the overall population of Calais refugee camp has decreased as the eviction from the camp approached, the number of minors has in contrast dramatically increased to more than 1,400, influential non-government organization Help Refugees said in a statement on Monday.

​Earlier in the day, French officials started to demolish the notorious refugee camp known as "The Jungle" in the northern French port city of Calais with authorities expecting some 3,000 people to leave during the first day.

© REUTERS / Charles Platiau
Downing Street Says No Plans to Scrap UK-French Deal on Border Control in Calais
The humanitarian organization that is actively involved in Calais activities together with French NGO L’Auberge des Migrants, added that the situation with unaccompanied minors remained desperate and expressed concern that many underage migrants who stay in Calais may be dispersed and go missing during the operation to clear the refugee camp.

"Although we wholeheartedly welcome the British government succumbing to public pressure and allowing unaccompanied minors to be reunited with their families in the UK, sadly, for over 1,000 remaining unaccompanied children, no protection is yet available," Help Refugees stressed.

On Sunday, the UK Home Office said that the first group of 70 children, with no family ties in the United Kingdom, arrived in the country.

As for the adult migrants who are being resettled from Calais, they will be moved to other refugee centers around France, a number of which reaches nearly 450, and will be offered an opportunity to seek asylum.