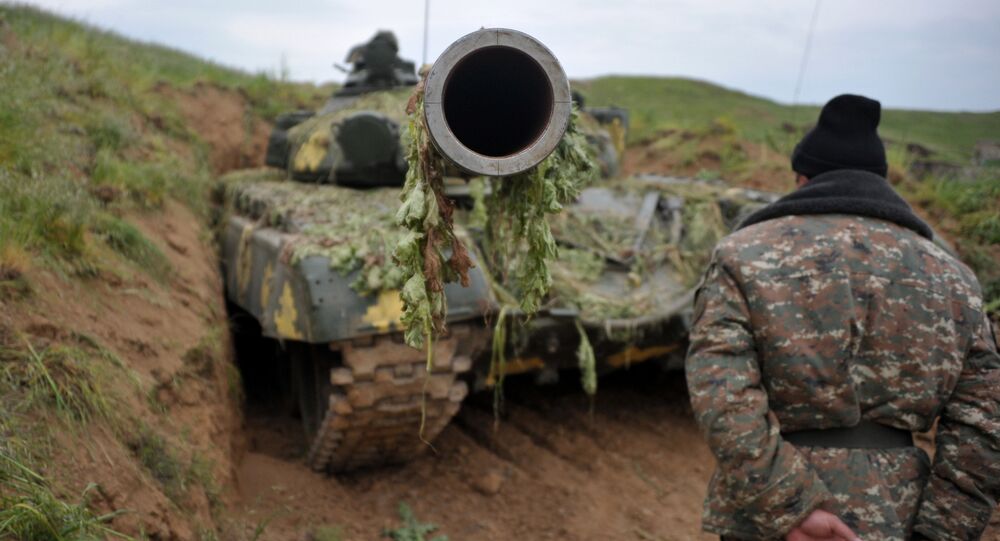 President of Azerbaijan Ilham Aliyev expressed readiness to meet his Armenian counterpart Serzh Sargsyan in the framework of the Nagorno-Karabakh Conflict resolution, US co-chair of the OSCE Minsk Group, Ambassador James Warlick said Saturday at a press-conference.

© Sputnik / Karo Saakian
Baku Considers Option of Karabakh Becoming Autonomous Republic
BAKU (Sputnik) – According to the US diplomat, Aliyev was committed to the peace process of the Karabakh conflict settlement and expressed his readiness to conduct a meeting with Sargsyan in the framework of this process.

Earlier in the day, Warlick said that the co-chairs would meet with the presidents of Armenia and Azerbaijan to continue the discussion, which started in Vienna and Saint-Petersburg, on the details of the settlement.

Warlick also expressed his hope that the presidents would hold the meeting as soon as possible, although the exact date or place had not been set yet.

© Sputnik / Iliya Pitalev
What's Behind Nagorno-Karabakh Row Between Armenia and Azerbaijan
On May 16, Sargsyan and Aliyev met in Vienna to discuss the conflict. The sides reiterated there could be no military solution to the conflict and reaffirmed their commitment to 1994 and 1995 peace agreements. The presidents also agreed to finalize the OSCE investigative mechanism as soon as possible to reduce the risk of further violence.