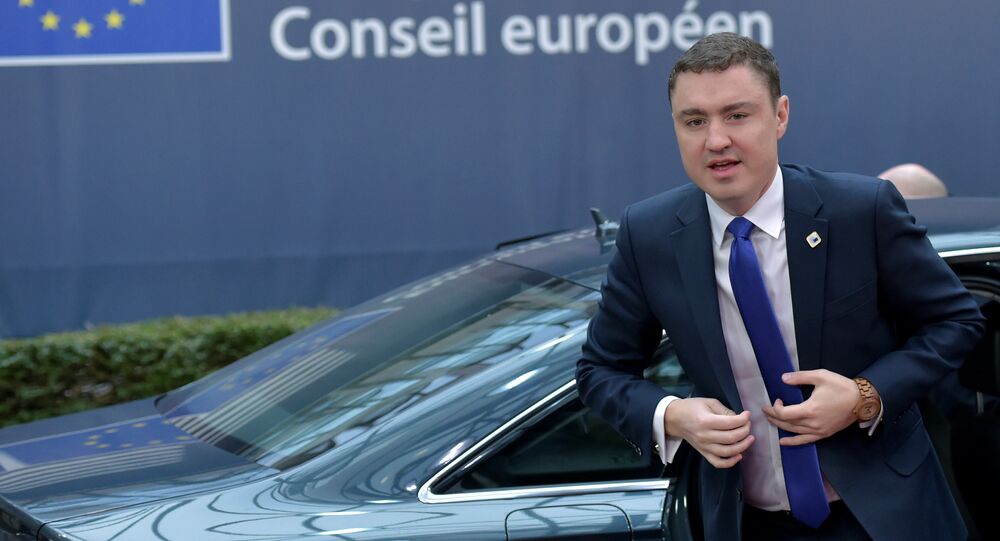 Estonian Prime Minister Taavi Roivas called on the European Union to ensure permanent allocation of money to fund a special task force aimed at resistance to what he considered to be a "Russian propaganda," local media reported Friday.

© Flickr / European Parliament
European Parliament Adopts Resolution Against Propaganda, Disinformation
MOSCOW (Sputnik) — On Thursday and Friday, the European leaders met in Brussels to discuss a number of issues essential for the bloc, such as trade, the ongoing migration crisis and relations with Russia.

During the first day of the two-day European Council Roivas called for permanent funding of the East StratCom Task Force to improve its efficiency in addressing Russia's media activities, The Baltic Times reported citing spokespeople of Estonia's government.

The media outlet added that Roivas' proposal was backed by Denmark, Finland and Estonia.

In 2015, the European Union created the East StratCom Task Force, within the European External Action Service (EEAS), to tackle "Russian disinformation." The task force consists of communication experts from EU institutions, which fund their activities for short-term projects.

Exposed: US Paid Over Half a Billion Dollars for Counterfeit Al-Qaeda Propaganda

Blind Sided: Germany Repeats US Propaganda 'Without a Backward Glance'