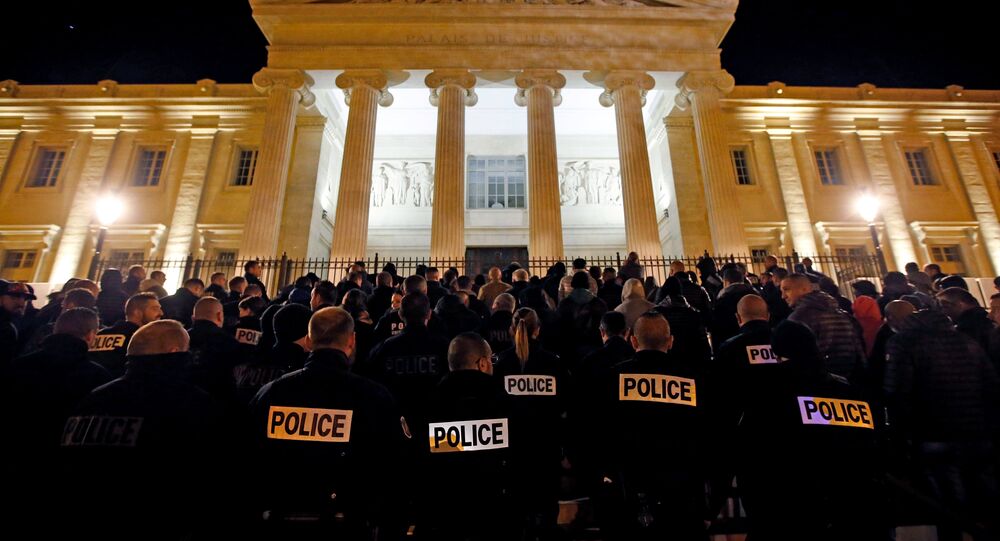 French President Francois Hollande has said he will meet police offices after the fourth successive night of protests - which have spread from Paris to Marseilles, Bordeaux, Nancy and Toulouse - against anti-police violence as the state of emergency was enforced following recent terror attacks.

France has been in a state of emergency imposed following the attacks in Paris, in which 130 died and over 350 were injured, making it the worst committed on French soil since the Second World War.

However, the huge security and counterterrorism operations have taken their toll on French police, already suffering from staff and resource cutback imposed under the previous President Nicholas Sarkozy. Although Hollande has begun a major recruitment campaign, he is facing criticism from opposition parties for doing too little too late.

The French police protests have become angrier since an officer was seriously injured in a Molotov cocktail attack in Viry-Châtillon, a notoriously crime-ridden commune in the southern suburbs of Paris on October 8. Others were injured and are still receiving treatment.

Stretched to the Limit

Police have been deployed to airports, ports, major railroad stations and other public sites in an effort to step up security. They have also started entering previous so-called no-go areas for the police, where gangs dominate. They say they are stretched to the limit and overtime has gone through the roof.

Local policing in France has faced cutbacks over the years, leading to a lack of bonding between communities and law enforcement authorities, who have also lost access to good local intelligence. The cuts have led to many communities becoming lawless and effective no-go areas.

The police also believe they are bearing the brunt of political failures — not least having to police month after month of demonstrations across France against Francois Hollande's controversial labor reforms, which have brought the biggest unions — including the police — onto the streets. These have pitted the police against the people, leading to a rise in anti-cop attacks.

Hollande has promised he will hold talks with police union leaders as soon as October 24 in an effort to calm their anger and reassure them over recruitment and resources.