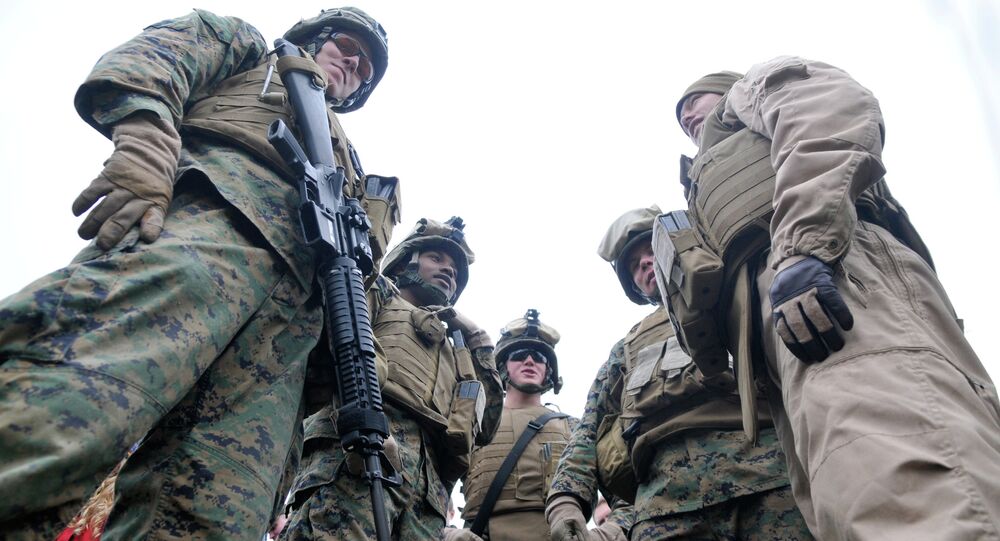 © Sputnik / Vladimir Pesnya
Concerns Raised Over Massive NATO 'War Games' in Scotland
“The money for these war games was taken out of our small country’s defense budget and was spent in a way none of us benefited from. We would have been much better off spending it on the basic logistical needs of our armed forces or just to ensure their normal functioning which our Defense Ministry often fails to do,” Jozef Žarnovičan said.

He added that showing taxpayers that their army is exercising to boost the country’s security was all right, but the main goal of the Slovak Shield 2016 drill was to use a multinational military force to ensure the territorial integrity of a NATO member-country.

“The main purpose of any military exercise is to get ready to fight a certain enemy. In a case like this anyone who is not crazy about Western democracy, globalization, uncontrolled migration and perversion of Christian values could become such an enemy,” Jozef Žarnovičan warned.

The Czech Republic, Hungary, Poland and Slovakia are part of the Visegrad Group, known as V4, an alliance established in 1991 to strengthen NATO's capabilities on the alliance's eastern flank.

Earlier NATO announced its plans to send "four robust multinational battalions" to Lithuania, Latvia, Estonia and Poland. Each is expected to comprise 800 — 1,000 soldiers. Germany, the United Kingdom and the United States have agreed to create three of the four battalions.

Additional steps that the North Atlantic Alliance is working on deal with the free movement of NATO forces across Europe and improved cyber defense.

Since 2014, the alliance has been building up its military presence in eastern European countries bordering Russia, using Moscow's alleged interference in Ukraine as a pretext for the move.