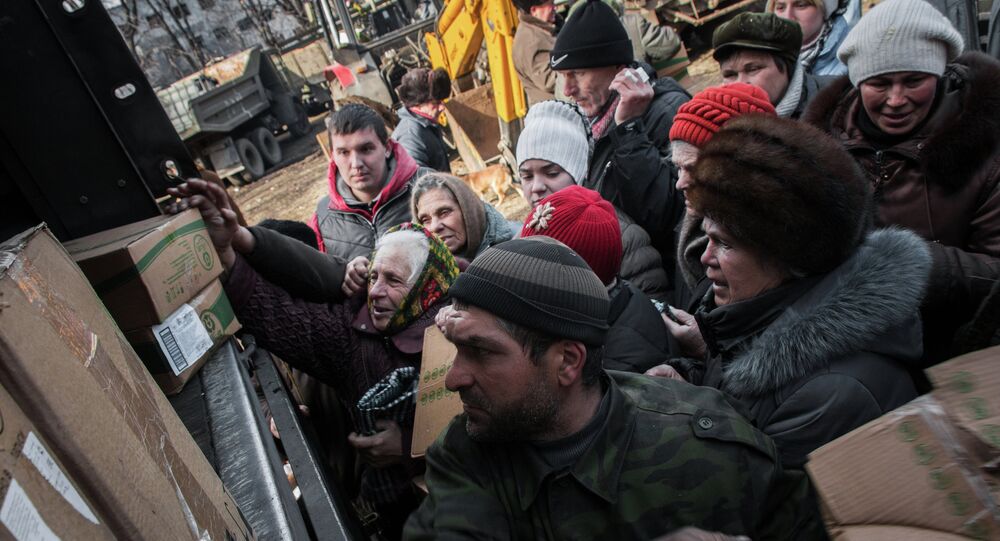 Moscow "absolutely disagrees" with Kiev's claims to the town of Debaltsevo which belongs to the Donetsk People's Republic.

MOSCOW (Sputnik) — The positions of Kiev authorities and the breakaway People's Republics of Lugansk and Donetsk (LPR and DPR) on territorial belonging of the town of Debaltsevo is different and Russia does not agree with Ukraine's view on the issue, Kremlin spokesman Dmitry Peskov said Thursday.

"If to speak about Debaltsevo, here is the situation, when the previously reached agreements are interpreted in a completely different way. The Russian side absolutely disagrees [with the Ukrainian view] and this issue is left as not coordinated," Peskov said, answering a question about the Russian position in regard to a proposal to Donbass independence supporters to leave Debaltsevo.

The spokesman added that the problem of Debaltsevo should be discussed on the level of ministers and their assistants.

© AFP 2021 / DOMINIQUE FAGET
Italian Lawmaker Says Many Colleagues Support Recognition of Lugansk, Donetsk Republics
Kiev launched a special military operation in Ukraine’s southeast in April 2014, after local residents refused to recognize the new Ukrainian authorities, which came to power as a result of what many considered to be a coup.

The Normandy Four, which comprises Ukraine, Russia, France and Germany, was created in 2014 to secure a peaceful settlement to the conflict in Ukraine. The group has held several rounds of talks on Ukrainian reconciliation, with the most recent one on Wednesday in Berlin.

Debaltseve, located between the cities of Donetsk and Lugansk, is one of the towns in Donbass that has been controlled by the Donetsk People's Republic since the beginning of 2015.