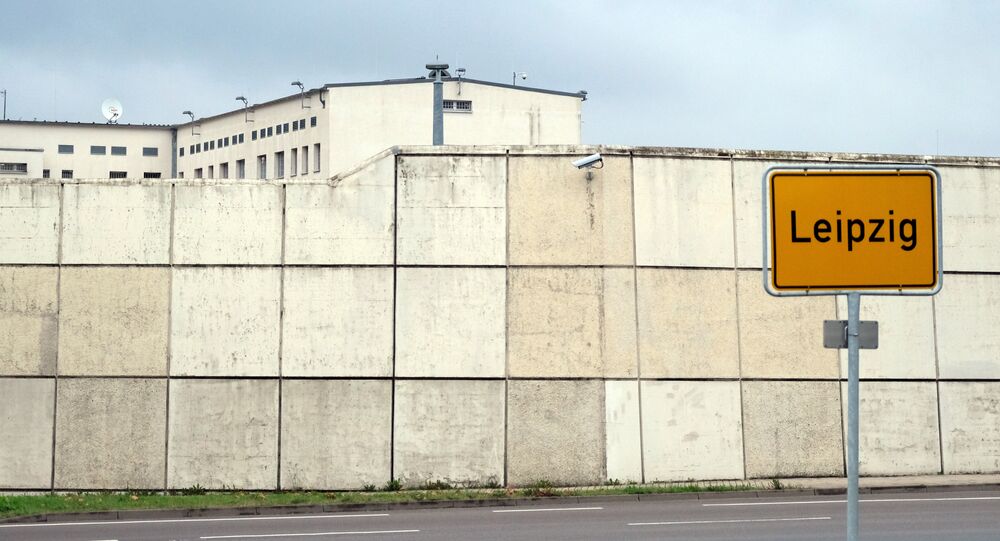 Prison authorities in Leipzig could have prevented the Syrian terror suspect from taking his own life if they could afford an interpreter to interview him, a local newspaper found Wednesday.

© AFP 2020 / DPA /Sebastian Willnow
German Police Suspect Daesh Link in Leipzig Bomb Plotter Case
MOSCOW (Sputnik) — Jaber al-Bakr, a Syrian migrant suspected of having plotted a bomb attack on a Berlin airport, hung himself in a prison cell last week after a psychologist ruled out an "acute" risk of suicide.

"There is probably some truth to the claim that fees [paid to interpreters] are too low," Ralf Jacob, the chief of the Leipzig detention center, told the German newspaper, Zeit.

Several freelancers in the state of Saxony told the outlet they had been contacted by prison authorities who asked to assist them in questioning the inmate after he was placed into custody on October 10.

But the fee of 50 euros (almost $55) per hour that the state was ready to cough up was far below the 70 euros stipulated by special laws.

Al-Bakr reportedly tampered with electric plugs during his time in the prison cell, which was written off as vandalism. According to the Zeit, he hung himself on the grid using a T-shirt despite being under the round-the-clock surveillance.

The suicide of a terrorism suspect raised alarm in Germany after its intelligence services spent months monitoring the 22-year-old. An investigation was opened into his death.