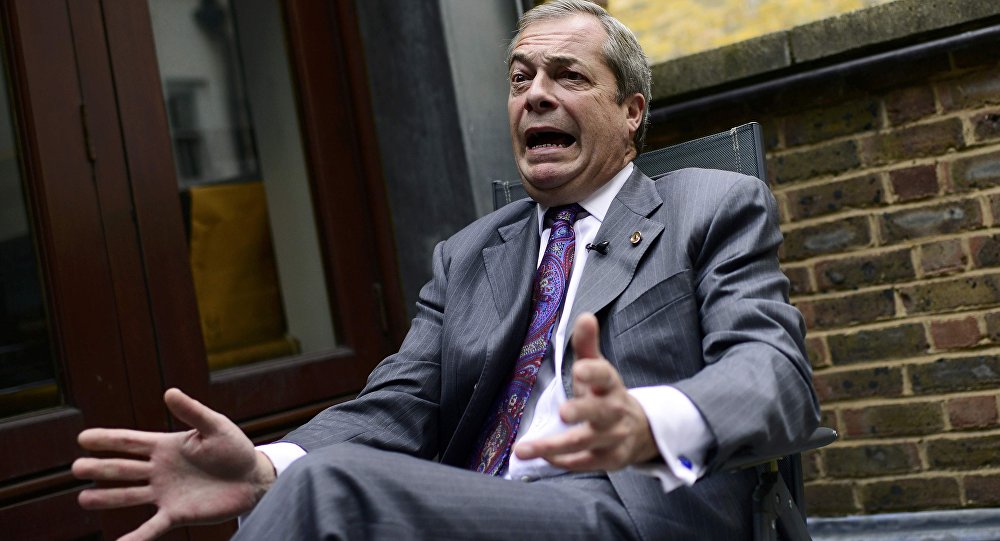 The UK Independence Party's (UKIP) Scottish leader, David Coburn, has said he would like to see Nigel Farage return to take charge of the party again.

UKIP is looking for a new leader after Diane James, who succeeded Farage, resigned after only 18 days in the role.

When Sputnik's World in Focus Edinburgh show asked if he would like to see Farage take over once again, he said: "Oh gosh, I would yes."

"Nigel is one of the greatest statesmen of our time. A man whose overthrown the European Union, the British government and the opposition has got to be a one-off. He's got extra va-va-voom," David Coburn told Sputnik. 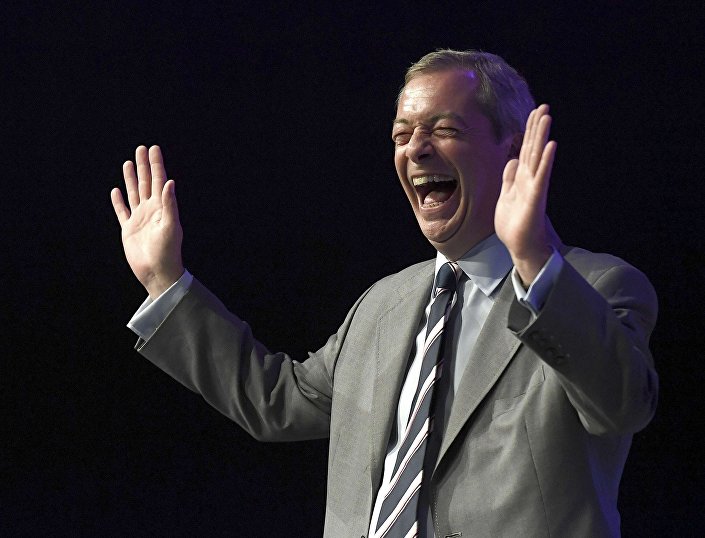 However, the MEP for Scotland stressed that it would be a decision for Farage.

"Nigel has worked very hard for so many years," said Coburn.

"The man never has a day off, doesn't have a private life. Hasn't had a holiday in best part of five years. I think he wants a rest and I don't blame."

Farage is currently serving as the party's interim leader but insists he does not want the job on a long-term basis. He resigned after the vote to leave the European Union and has recently been appearing alongside Donald Trump at rallies in the United States. 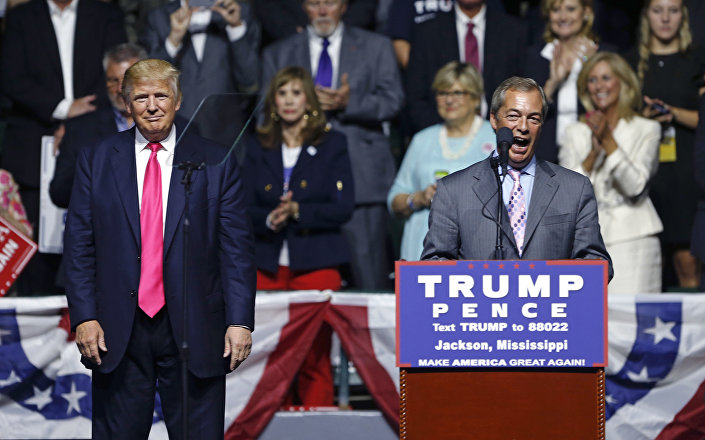 However, Farage previously committed to resigning as leader in the wake of the 2015 General Election before reversing his decision.

MEP Steven Woolfe, who had been seen as the frontrunner in the race, resigned from the party this week after being hospitalized in an altercation with fellow MEP Mike Hookem.

Woofle claimed to have received been struck by a "blow" but Hookem denies this.

Coburn, who is the party's only elected representative in Scotland, admitted that the "lid had been taken off things" and called on people in the party to "reign it in."

He also refused to rule himself out of standing for leader, telling Sputnik, "if people asked me to and no one else wanted to do it, I would do what my colleagues wanted."

"It takes a special sort of guts to be leader of UKIP. You have the whole establishment against you.  It's not an easy thing to do. People have to it with an awareness of the sheer difficulty of doing the job," he said.

The nomination process for new UKIP leader closes on the 31st of October, with a new leader set to be declared on 28th of November.