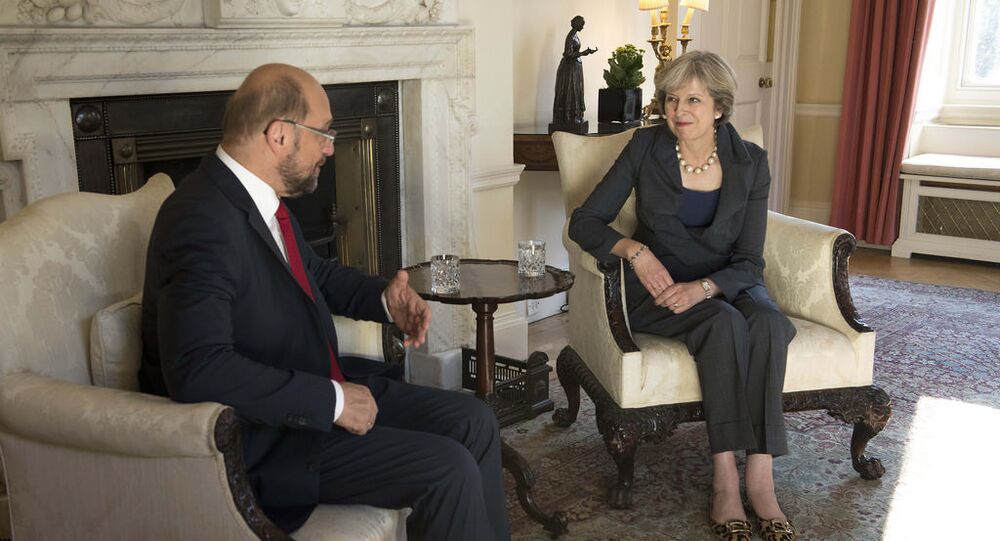 Theresa May's plans to force Brexit through without a parliamentary vote have been threatened after it emerged that David Cameron's government said all referendums were merely "advisory."

© Flickr / UK Parliament
PM, Not Parliament Should Decide Whether to Trigger Article 50 - UK Public Poll
The Prime Minister is seeking to bypass the parliamentary process before triggering Article 50 — the official process for leaving the European Union.

But her plans seem to run contradictory to advice given by the previous government, of which she was a senior member.

A House of Lords committee inquiry stated that "because of the sovereignty of Parliament, referendums cannot be legally binding in the UK, and are therefore advisory."

The government responded by saying it agreed with the recommendation.

"Under the UK's constitutional arrangements, Parliament must be responsible for deciding whether or not to take action in response to a referendum result," then constitutional reform minister Mark Harper said.

The emergence of the document has been seized upon by Conservative MPs who are seeking a parliamentary vote before the Brexit process is triggered.

"The referendum was advisory and Parliament has to be responsible for deciding whether or not to take action in response to that result," former Health Secretary Nicky Morgan told The Independent.

"The 2010 Government made that important commitment and — although the complexion of the Government has changed since — the current Prime Minister was a very important part of that Government."

Former Tory Chancellor Ken Clarke agreed saying that the "constitutionally this document must be correct."

"And it's sensible, because a referendum on a big, broad question tells us nothing about the dozens of issues that have to be tackled by the Government in response to it," he added.

Former Attorney General Dominic Grieve said that it proved that the government doesn't have a "blank check" to decide on what model is pursued in coming out of the EU.

The latest developments come while Theresa May is currently locked in a court battle over whether she has the authority to trigger Brexit without a parliamentary vote.

If Miller wins the case it would essentially mean that Westminster could block Brexit.

Attorney-General Jeremy Wright QC, representing the government has argued that this would be unacceptable as it would "invalidate the decision already taken to withdraw from the EU."

Judges are due to give their rulings in the coming days but the decision is expected to be appealed to the Supreme Court whatever the outcome.