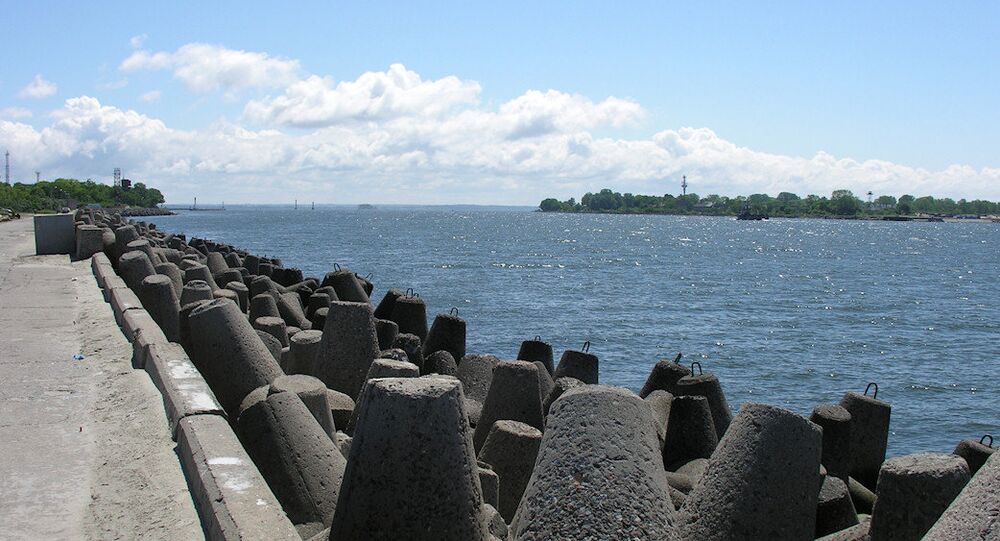 Elblag Canal: Polish Business Will Pay for Warsaw's Effort to Stick It to Russia

Last week, officials from Poland's ruling Law and Justice Party announced that Warsaw plans to spend a quarter billion dollars on a canal which would allow Polish ships to bypass Russian waters on their way to the Baltic Sea. Experts speaking to Sputnik say that Polish businesses will be the ones forced to shell out for this 'politicized' venture.

On Friday, Law and Justice leader and former Prime Minister Jaroslaw Kaczynski explained that Poland would completely 'end its dependence' on Russia through the construction of a new, 880 million zloty ($224.5 million US) canal in the country's north.

The canal would allow ships heading to and from the river port city of Elblag, Poland to enter the Baltic Sea from the Vistula Lagoon without passing through Russian waters. At present, the Vistula Spit, a long, thin peninsula stretching east from the northern coast of Poland into Russia's exclave of Kaliningrad, only has one exit point, and it's located off the Russian city of Baltiysk.

© Wikipedia
Landsat photo of the Vistula Lagoon. Eastern portion shows exit to the Baltic Sea via Baltiysk, Russia. To the southwest is the river port city of Elblag.

The transit of ships headed for Elblag is presently regulated by a special Russian-Polish agreement. Poland pays about $5 million (about 19.5 million zloty) a year for the privilege of transit. Now, Polish officials are planning the construction of a 1.3 km long, 80 meter wide, 5 meter deep canal in the western portion of the Vistula Spit by 2020, to forever end Polish vessels' dependence on the Russians.

Experts have already pointed out that from a technical standpoint, the construction of the canal wouldn't pose any problems, since the Vistula Spit is only 7-8 km wide at its widest point. Warsaw insists that the canal would secure Polish businesses against any 'arbitrary Russian decisions' that would see Moscow closing off commercial access to strait off Baltiysk.

© Wikipedia / Polimerek
Poland to Spend Quarter Billion Dollars on Canal to 'Break Off From Russia'
The only problem with Warsaw's logic is that Russia has never made any indications that it would ever take such a decision. In fact, Polish shipping companies off the Vistula Lagoon are already largely oriented toward trade with Russia.

Their colleagues on the Russian side of the border feel the same way. Speaking to Sputnik, Duma lawmaker Andrei Kolesnik, a former chairman of the board of directors of the Kaliningrad Sea Commercial Port, stressed that Warsaw's decision on the canal is "95% politics, and 0% economics."

"First of all, the canal will cost money, and a considerable amount at that," Kolesnik noted. "Second, the maintenance of the canal is an expensive pleasure." Naturally, "all of this will be paid for in various fees by ship owners. Of course, additional fees will make delivery to Elblag even less attractive than the ports of Gdansk and Gdynia," which already have free access to the Baltic Sea.

Finally, Kolesnik recalled that there are environmental implications to think about. "This is a single ecosystem. These kind of decisions, which don't take account of either economic or ecological components, but only political decisions, have no future."

"It's worth noting that those who initiated the project with Warsaw's support expected financial assistance from EU leaders. However, this was not forthcoming due to protests from environmentalists. The World Wildlife Fund (WWF) says that the project 'will negatively affect the ability to achieve the objectives of the key environmental directives of the European Union."

© AFP 2020 / Georges Gobet
Ukraine and Poland Talk Teamwork on Military Helicopter Production
For his part, Oleg Ivanov, the Kaliningrad region head of the environmental organization Green Front, told Sputnik that the canal would pose a threat to the unique natural environment, flora and fauna in the Vistula Lagoon and the surrounding area.

"Conservationists from various countries have stressed repeatedly that the implementation of this project would lead to negative consequences for the environment," Ivanov explained.

It was "not by accident that the EU has refused to participate in this endeavor," the activist noted.

"We will long be left guessing what will happen to the Spit, and whether the waters of the Baltic will advance onto the shore. But there's one thing I know for certain: with the appearance of another strait, the salinity rate of the Vistula Lagoon will be altered. This means that the ecobalance will change, and fish will migrate to the Baltic, resulting in a dramatic decrease in local fishing. In addition, the Spit is a stopover for birds during migration, and the home to about 20 species of plants listed in the Red Book," (a Russian document which lists rare and endangered species). Changes to the ecosystem will threaten these migratory patterns and rare species.

"It turns out that Poland's ruling party is planning to build an economically unprofitable and environmentally dangerous canal exclusively to spite Russia," Ivanov concluded.