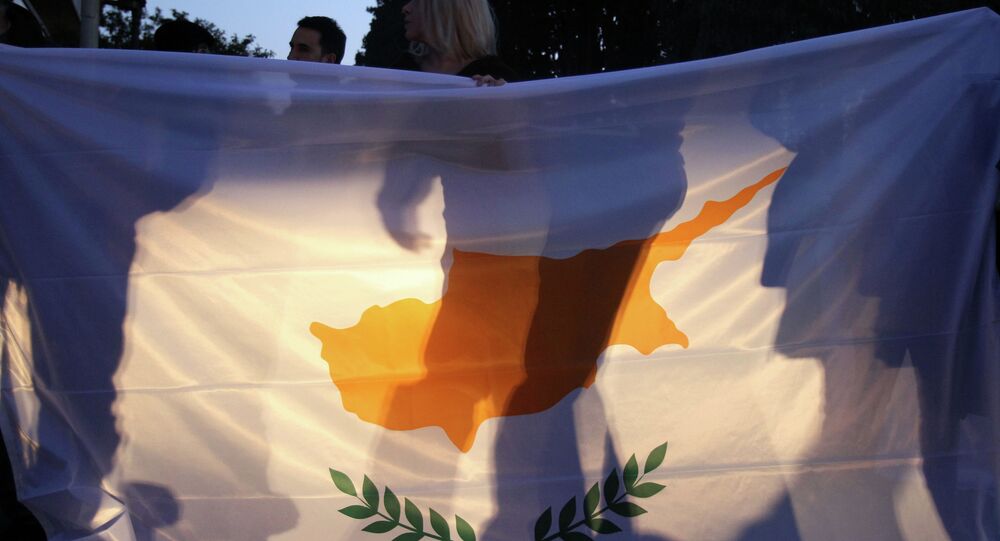 After meeting with the UN advisor and his Greek counterpart, the Turkish Cypriot leader announced that any solution for the island's future must include a rotating presidency, Hurriyet reported.

Mustafa Akinci also said that in any settlement to achieve a federal Cyprus, Turkish Cypriots would demand a security arrangement that includes Turkey's continuing status as a guarantor for the island, regardless of the island's status as an EU member.

Greece, Turkey and the United Kingdom have been guarantors of the "independence, territorial integrity and security" of Cyprus since the island gained independence from British colonial rule in 1960.

For his part, President Anastasiades announced after his meeting with Nuland that his government would not agree to the presence of a Turkish military base on the island or a continuation of the tripartite guarantee system in a post-settlement Cyprus, Cyprus Mail reported.

Sami Dayioglu, former Minister for Agriculture and Natural Resources in the self-proclaimed Turkish Republic of Northern Cyprus (TRNC), told Sputnik Turkiye that the issue of political guarantees for Turkish Cypriots in a federated Cyprus is a sticking point regardless of the ongoing negotiations to unify the island.

"Greek Cypriots are categorically against providing any kind of guarantee to Turkish Cypriots. But what are they doing to make such guarantees unnecessary? We see that there is a growing nationalist sentiment in the southern part of the island. Previously there were very few supporters of the ultra-right National People's Front (ELAM), but now they are represented in parliament," Dayioglu said.

ELAM, which is affiliated with Greece's own far-right party Golden Dawn, entered the Greek Cypriot parliament for the first time in May this year with two seats, after winning 3.7 percent of the popular vote.

"No matter how many ELAM deputies are sitting in parliament, what is important is that they are represented there and are able to openly express their political views. Seeing this unhealthy tendency in Cypriot political life, the Turkish Cypriot side is justifiably demanding the maintenance of existing guarantees," Dayioglu said.

© Fotolia / Megastocker
Cyprus Should 'Get Rid of So Called NATO Support', Build Peace
Stalled peace talks about the island's future were renewed in May last year following the election of Akinci as leader of the self-proclaimed TRNC. According to Dayioglu, Anastasiades' announced unwillingness to back Turkish guarantees or reach a security settlement is an attempt by the Greek Cypriot government to strengthen its political position during the course of the negotiations for the island's future.

"The position of Nicos Anastasiades in relation to political guarantees for Turkish Cypriots and the Turkish Cypriot part of the island is a changeable one, and should be considered as just another attempt to strengthen his position in talks between the communities. Similar statements have been made before. If the parties really want to solve the problem, they won't focus on this," Dayioglu said.

in the opinion of the Turkish Cypriot politician, Anastasiades' announcement will have little bearing on the eventual outcome of the negotiations, because they depend on the agreement of the island's tripartite "guarantors."

"Nicosia can't unilaterally, even after consultation with US partners, provide the necessary guarantees to the Turkish Cypriot side as a possible subject of a future united Cyprus, since the official guarantors of the island are Turkey, Greece and the United Kingdom. That is, in fact, that question goes beyond the framework of inter-communal talks," Dayioglu said.

Cyprus gained independence from British colonial rule in 1960, on the basis of the 1959 London-Zurich series of agreements on the island's constitution, which included stipulations about the rights and political representation of the island's Greek and Turkish ethnic communities.

The power-sharing agreement also limited Cypriot sovereignty and declared the United Kingdom, Greece and Turkey to be guarantors of the "independence, territorial integrity and security" of Cyprus, and gave them the right to intervene militarily in Cypriot affairs.

© Flickr / Kasi Metcalfe
Merkel's Nightmare: Cyprus Threatens to Block EU-Ankara Migration Deal
The agreement also gave the three countries the right to maintain military contingents on the island. In 1974 the Greek Cypriot National Guard, with the support of the Greek military junta in Athens, carried out a coup d'etat in an effort to unite the island with Greece.

Turkey invaded northern Cyprus in response, citing its position as guarantor of Cyprus as justification for the military intervention. Turkish troops took control of around 37 percent of the island's territory, as a result of which Cyprus became a de facto divided country. Turkey maintains the presence of some 35,000 troops in the breakaway northern part of the island.

In 1983 Turkish Cypriots, with the support of Ankara, proclaimed the secession of northern Cyprus and the formation of an independent state called the Turkish Republic of Northern Cyprus. The declaration was declared invalid by the UN Security Council, and is only recognized by Turkey.

Cyprus Should 'Get Rid of So Called NATO Support', Build Peace

Nuland to Visit Cyprus for Talks Aiming to Facilitate Settlement