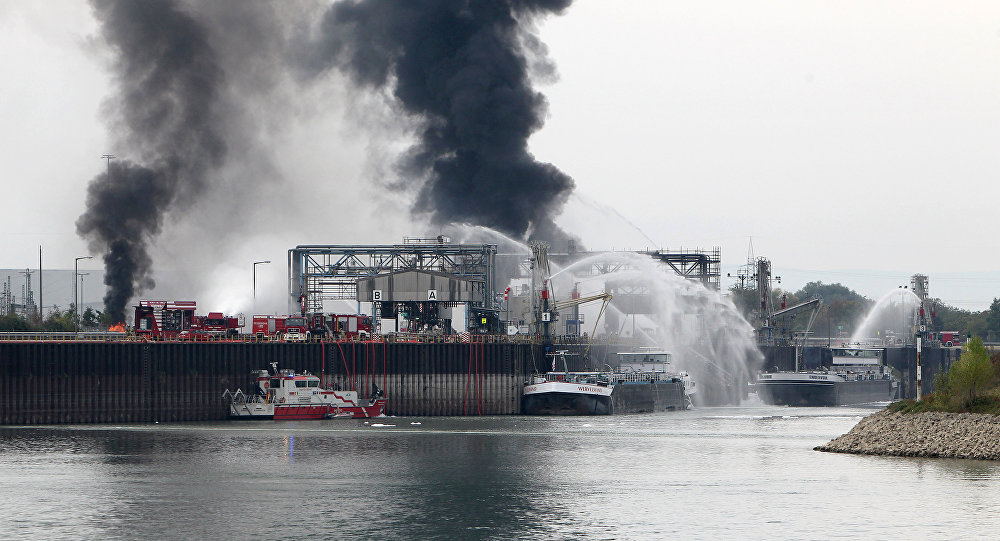 At least one preson was killed, six were wounded and six are still missing after a blast at a facility of Germany’s leading chemical firm BASF, according to official statement.

MOSCOW (Sputnik) – One person died and six were seriously wounded on Monday in a blast at a facility of Germany’s leading chemical firm BASF, the company said.

"We are deeply saddened by the death of one our employee … Six were seriously wounded, others received light injuries. The wounded were taken to clinics. Six others are still missing," the firm said on Twitter.

© AP Photo / Michael Probst
Blast Injures 4 at Plant of Chemical Giant BASF in Central Germany
The chemical giant said that the explosion took place at around 11:30 a.m. (09:30 GMT) at a factory near the town of Ludwigshafen. A pipeline exploded and caught fire while the staff were working on it.

BASF said it had not detected increased presence of hazardous chemical substances in the air and in the soil around the affected factory, which produced plastic additives. Inhabitants in the nearby towns of Ludwigshafen and Mannheim were initially asked to avoid going outside.