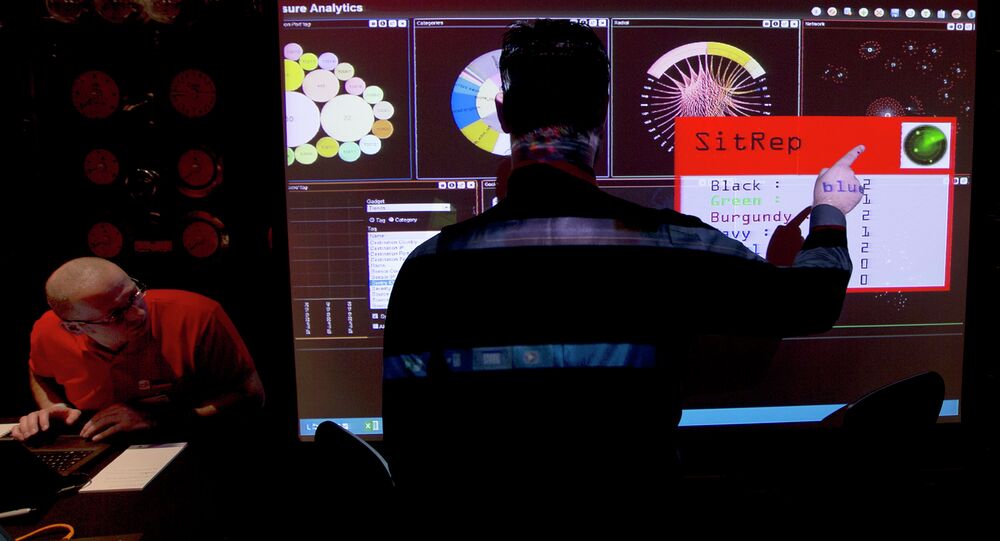 UK spy chiefs have been wrapped over the knuckles over mass snooping of people's Internet, social media and telephone usage. A top tribunal ruled they had tapped comms against people's human rights, Sputnik has been told.

The case concerned the bulk collection of data on all forms off communications by the UK intelligence agencies, GCHQ, the Security Service (MI5), and the Secret Intelligence Service (MI6). The proceedings were brought on June 5, 2015, referring to the "acquisition, use, retention, disclosure, storage and deletion of Bulk Personal Datasets ("BPDs"), whose existence was publicly acknowledged in March 2015 by the Respondents in evidence to, and then in a Report by, the Intelligence Security Committee of Parliament."

​The tribunal has ruled that the methods of bulk data collection went against the provisions of Article 8 of the European Convention on Human Rights, which provides for the "right to respect for one's private and family life, his home and his correspondence."

"The key aspect is that [the security services] were operating these regimes without the public knowing, but also without parliament knowing. When you have regimes that obtain vast quantities of bulk data without anybody knowing, without any adequate oversight, it leaves the regime open to misuse," Privacy International's legal officer, Millie Graham Wood, told Sputnik.

"The commissioners also commented that there was bad record-keeping in relation to what directions had been made for the collection of bulk data. These regimes can't operate outside the law. They need to be foreseeable and accessible," Ms. Graham Wood added.

The issue is critical, as the UK House of Lords is currently considering the new Investigatory Powers Bill — known as the Snoopers' Charter — which is designed to bring mass surveillance under strict scrutiny. The Center for Democracy & Technology has slammed the bill as giving the police and intelligence agencies "vast surveillance authorities on British intelligence and law enforcement entities, with weak oversight over the use of those powers."

© Photo : Pixabay
May's Snooper's Charter Takes a Hit as ECJ Rejects Widespread Surveillance
The outcry over the proposed collection of bulk caused lawmakers to refer the issue to Britain's Independent Reviewer of Terrorism Legislation, David Anderson QC, to investigate some of the proposed legislation and rule on the operational case for bulk interception, bulk acquisition of communications data, bulk personal datasets and bulk equipment interference.

"I hope [the ruling] will cause parliamentarians to see how important oversight is and the detriment of ineffective oversight. One of the problems with the Investigatory Powers Bill is that — whilst the government has said there is oversight — it isn't comprehensive. Where there is judicial involvement, they can only look at whether the right boxes have been ticked, rather than whether the actual request itself is necessary and proportionate."