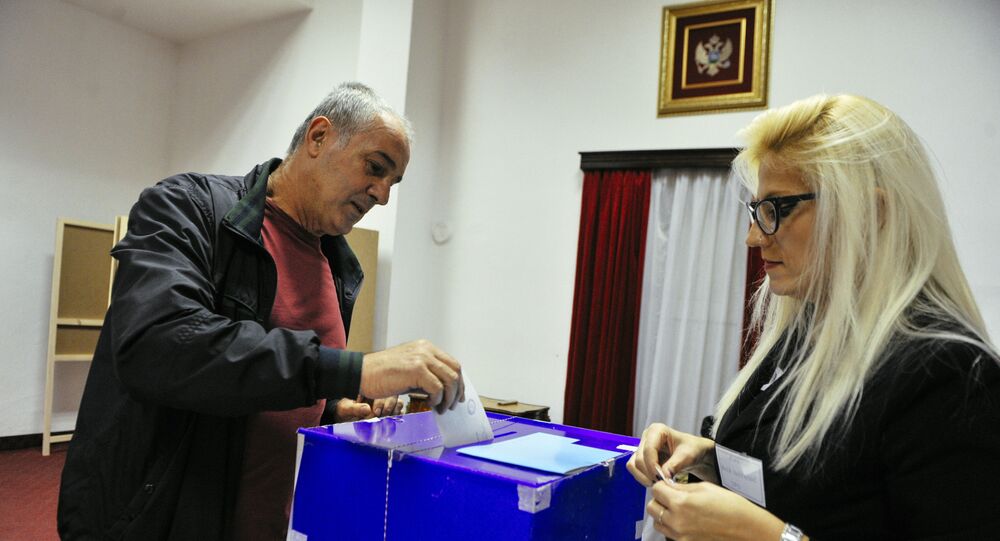 Montenegro’s opposition parties that are expected to enter the country’s parliament after Sunday elections said that they wanted to form a coalition to oust the government headed by Prime Minister Milo Dukanovic.

BELGRAD (Sputnik) – The Montenegro’s opposition criticizes DPS plans to decide on the country’s joining NATO by parliament’s voting and demands to hold a nationwide referendum on the issue.

“The results [of the elections] confirm that the opposition has won,” Emilo Labudovic, member of the Democratic Front (DF) said.

He said that, according to the data he had, four opposition parties and coalitions (the Democratic Front, the Key Coalition, the Social Democratic Party and the Democrats) would get 41 of 81 seats in the parliament, which would allow them to form a government.

“I offer to all leaders and members of opposition political subjects, who publicly pledged not to cooperate with the [ruling] Democratic Party of Socialists of Montenegro [DPS], to get round the table immediately after the elections, to exchange information about abuses during the election process, to carry out a necessary analysis and to come down to the current political moment responsibly,” Aleksa Becic, head of the Democrats said.