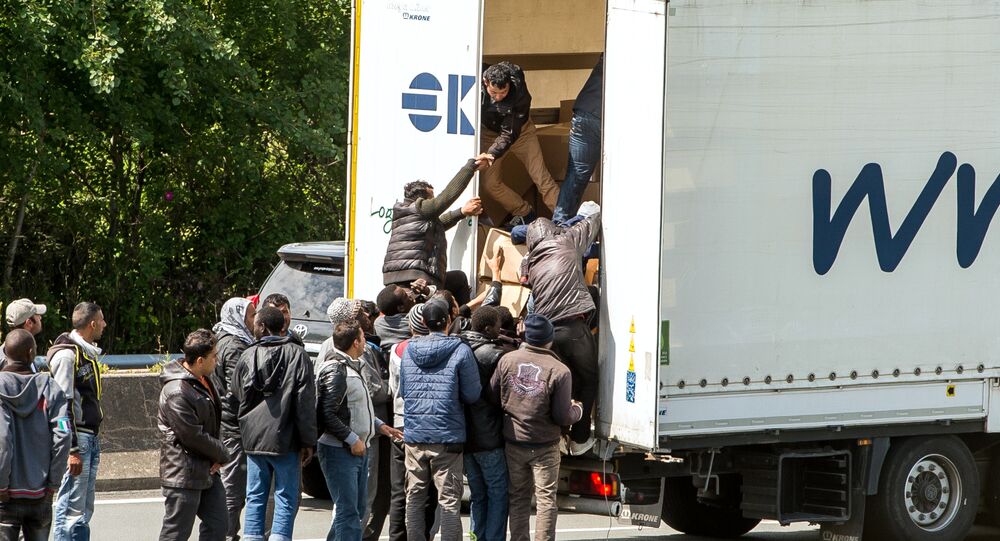 The United Kingdom is expected to accept more than 300 unaccompanied children from the refugee camp near the French city of Calais in the near future, media reported Saturday.

© REUTERS / Toby Melville
UK to Remove Children From Calais if France Provides Necessary Information
MOSCOW (Sputnik) — On Monday, French Interior Minister Bernard Cazeneuve called on London to reunite children from the Calais camp with their families in the United Kingdom. Later in the day, UK Home Secretary Amber Rudd said that the children could be transferred from France shortly if Paris provided all necessary information about them.

According to the BBC broadcaster, the United Kingdom could receive more than 300 refugee minors within the framework of its cooperation with the French authorities, however later in the month Rudd estimated this number at some 100.

© REUTERS / Charles Platiau
French Interior Minister Calls on UK to Take in Calais Refugee Children
The UK authorities will focus on the children who have already had lawful rights to join their families in the United Kingdom, the broadcaster reported.

Since 2015, Calais has been the home to a large migrant camp – the so-called Jungle – notorious for its horrible living conditions. Thousands of migrants from the Middle East and North Africa are living in the Jungle, located not far from the Channel Tunnel, in hopes of reaching the United Kingdom.

The remaining part of the camp is to be closed before the end of October, after the main section was dismantled in March.