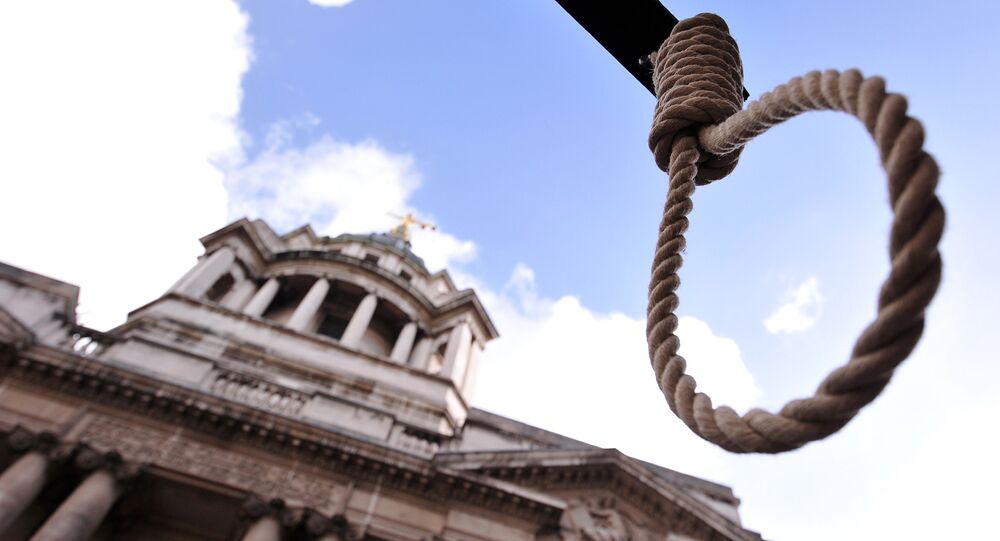 58% of Serbs Vote to Bring Back the Death Penalty - Poll

If a referendum on the need to bring back the death penalty was held today a record 58 percent of Serbs would say ”yes,” according to the latest poll conducted by the public advocacy group Serbia Against the Death Penalty.

The rash of shocking crimes recently committed in Serbia, like the rape and murder of a three-year-old girl, would certainly make anyone see red.

In an interview with Sputnik, sociologist Sandra Radenovic said, however, that the public wrath was in large part excited by the local media’s sensationalist coverage of such incidents which he described as a new tactic all too eagerly embraced by Serbian media.

“They are breaking the most elementary norms of journalistic ethics by constantly bombarding people with all sorts of grisly details. We emotionally react to this of course and immediately think about what we would do to this bastard. The problem is, however, that in our thoughts, we become just like him or even worse,” Sandra Radenovic told Sputnik.

Virtually every third citizen of Serbia voted for capital punishment with only 11 percent saying a flat “no.”

The death penalty was abolished in Serbia in 2001 but it remains very much alive in the minds of the people who fear criminals feel no compassion for murderers, child molesters and drug dealers. They simply want them dead, criminologist Zlatko Nikolic said.

© Flickr / Josep Ma. Rosell
Till Death Do Us Apart: Hungary Angers EU by Calling for Capital Punishment
Compassion is something that comes to us as we become socialized. It doesn’t “turn off” our innate instinct of self-protection though and we are ready to fight for our kids, to stay alive, for our home and our sources of food and water. The mere fact that while answering the pollsters’ questions, people do not consider compassion means that the basic instincts they are endowed with at birth prevail,” Nikolic added.

Sandra Radenovic still sees this as a sign of the demoralization of Serbian society.

“The issue of the death penalty is an ethical or, rather, bioethical issue. It’s about the value of human life, whether some people’s lives have less value than others,” she said.

Zlatko Nikolic pointed to the selective and very slow judicial process as a reason why so many people voted for the return of capital punishment.

“The  Anglo-Saxon judicial system we have today with all these endless negotiations with criminals is a sign of a weak state, that’s why people want to take the law into their own hands. Uncertainty is killing your heart and soul. If you see someone who caused you harm being tried forever you start asking questions. In Serbia and just about anywhere else people don’t understand why the courts take so much time handing down sentences. But, as lawyers say, 'it’s better to let 100 guilty people walk then execute someone who is innocent,'” Nikolic said.

He added that at the start of her first term as British Prime Minister Margaret Thatcher bent under public pressure and brought back the death penalty. This didn’t help as the average crime rate never changed.

Death Penalty Has No Place in 21st Century: Ban Ki-moon