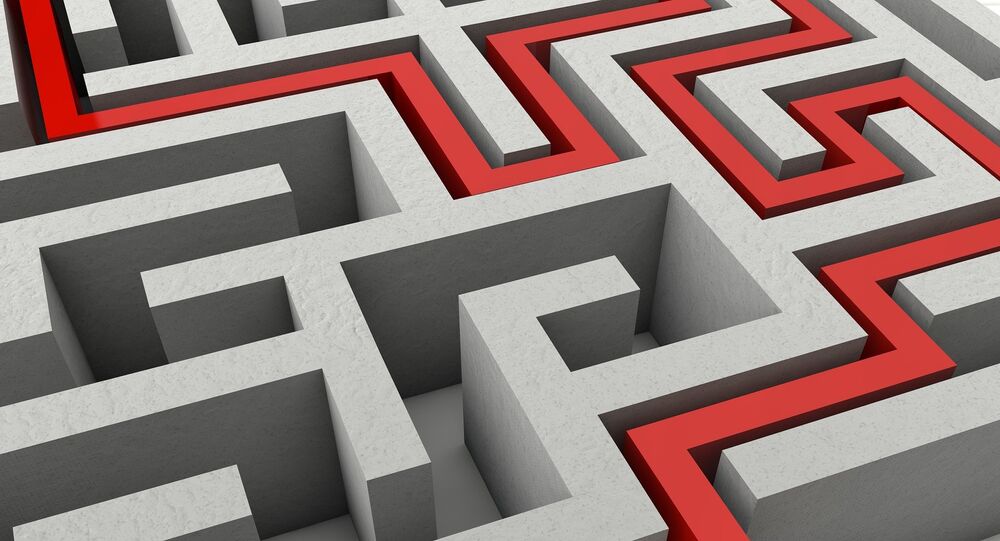 The High Court in London is hearing a legal challenge over who has the power to push the button to begin talks over Britain leaving the European Union because of the murky confusion of English law over the powers given to the prime minister and parliament.

The British voted to leave the EU at a referendum on June 23. However, a legal battle has begun over just how that is to be achieved. Under EU rules, Britain must fire the starting gun for negotiations by invoking Article 50 of the Treaty of Lisbon.

The problems is: nobody quite knows what is meant by "Britain."

Prime Minister Theresa May says she has the right — under what is called the "Royal Prerogative" — to order Article 50 to be invoked. However, a legal challenge has been brought, saying she must first put it to parliament for elected lawmakers to make the decision.

So what is the Royal Prerogative? It dates back centuries to when England was ruled by kings and queens who had total power over their people and there was no parliament as we know it today. As time went by, more powers were devolved to parliament and Queen Elizabeth II today holds a largely formal, non-executive position.

© AP Photo / Dominic Lipinski
Queen Elizabeth II welcomes Theresa May, left, at the start of an audience in Buckingham Palace, London, where she invited the former Home Secretary to become Prime Minister and form a new government, Wednesday July 13, 2016

She is, however, the Sovereign and technically calls on the leader of the largest party in parliament to form a government — her government. But, in emergencies and certain other conditions, the Queen could invoke the Royal Privilege and overrule parliament. In practice, this is actually devolved to her prime minister.

However, as parliament freely admits: "The scope of the Royal prerogative power is notoriously difficult to determine. It is clear that the existence and extent of the power is a matter of common law, making the courts the final arbiter of whether or not a particular type of prerogative power exists.

"In such circumstances, the Government, Parliament and the wider public are left relying on statements of previous Government practice and legal textbooks, the most comprehensive of which is now nearly 200 years old."

Theresa May says she has the power to sue the royal prerogative, because the referendum gives her that right. The people have spoken and that's that.

However, a legal challenge has been brought by businesswoman Gina Miller and British citizen Deir Dos Santos (among others). They claim that the outcome of the referendum itself is not legally binding and for the prime minister to invoke Article 50 without the approval of parliament is unlawful.

​Kasra Nouroozi, a partner in law firm Mishcon de Reya, which is representing the claimants said:

"We must ensure that the Government follows the correct process to have legal certainty and protect the UK Constitution and the sovereignty of Parliament in these unprecedented circumstances. The result of the referendum is not in doubt, but we need a process that follows UK law to enact it."

The High Court is due to hear arguments October 13 and 14, with judgement expected in several weeks' time. After that, if there is an appeal by either side — and there will be — the case will go to the Supreme Court, which will further delay the matter.

Theresa May Optimistic About UK's Trade Prospects After Brexit