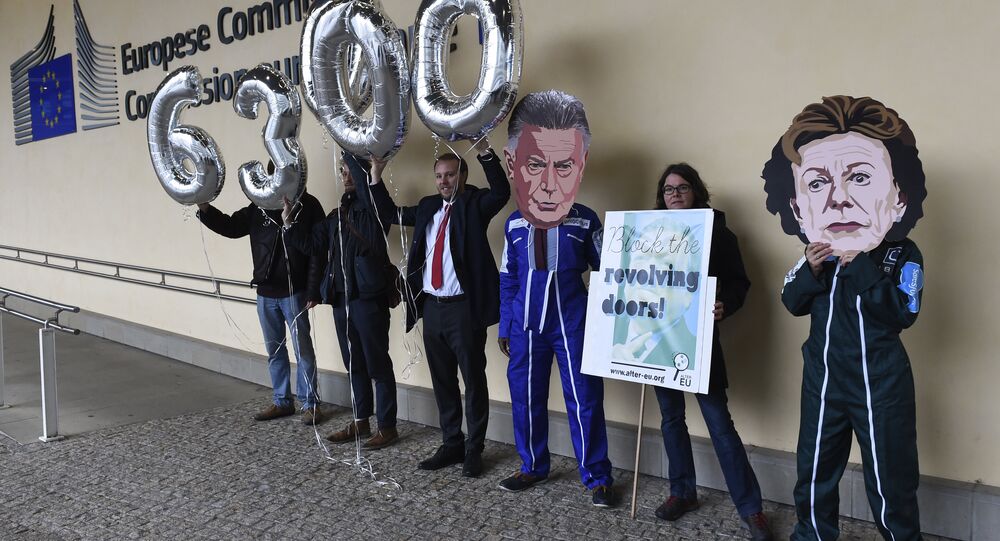 Employees at the European Union have taken the unprecedented step of handing in a petition, signed by over 150,00 people, to their bosses and calling for them to "act urgently and strongly" over the controversial appointment of former Commissioner Jose Manuel Barroso to Goldman Sachs.

A group of current and retired employees of the European institutions, on Wednesday, October 12, presented Commission President Jean-Claude Juncker, Council President Donald Tusk and Parliament President Martin Schulz, with the 151,000 signatures gathered from all countries of Europe and beyond following the decision of former President of the European Commission Jose Manuel Barroso to join the bank Goldman Sachs.

​According to the employees:

"This is the first time that the staff of EU institutions, proud of working for the EU while bound by their duty of loyalty and discretion, launches such an initiative to defend the European project and to call for more ethics at the highest level of the European institutions."

Barroso was Commission president from 2004 to 2014. Goldman Sachs defended the appointment, saying:

"Jose Manuel took the role after an 18-month restriction period following the end of his term at the European commission, a longer period than that imposed by most European institutions."

The petition asks the Commission, the Council and the Parliament to act "urgently and strongly to restore confidence in the European project."

It calls for greater transparency and outreach towards EU citizens, an independent investigation of whether Mr. Barroso has respected his duties of integrity and discretion in line with Article 245 of the Treaty and stronger, enforceable rules under the Code of Conduct for Presidents.

EU employees reacted angrily to what they called the "outrageous, immoral and very damaging decision of Mr Barroso," who was their President for 10 consecutive years, and who announced his decision to join Goldman Sachs only a few days after the Brexit vote.

He is set to advise the bank's London office on negotiations over Brexit.

Today we told the European Commission that action needs to be taken against the #RevolvingDoors culture #Barroso pic.twitter.com/FhvegDBpu8

Europe Should Be Flexible With Greece – Barroso