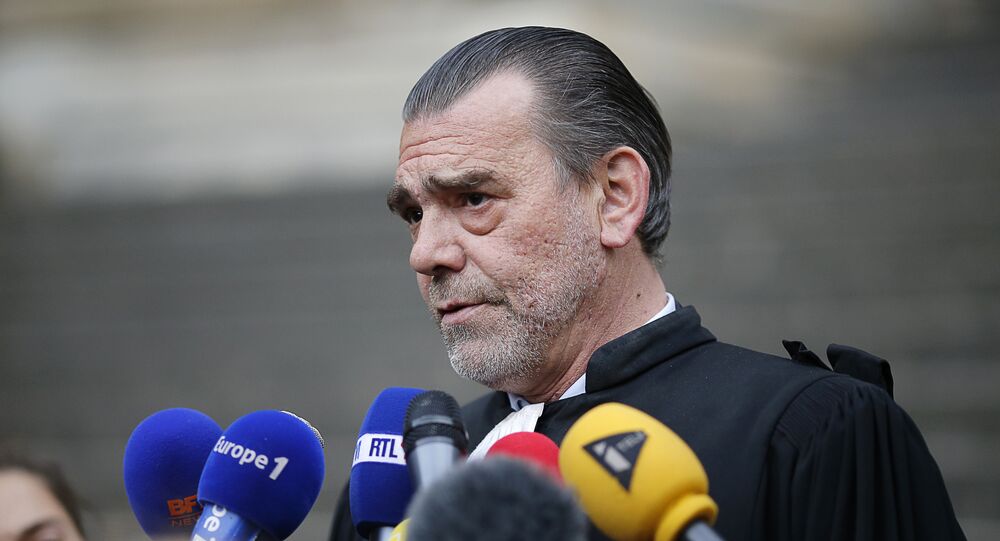 Lawyers for the only surviving suspect in the 2015 Paris terror attacks that killed 130 people say they can no longer represent their client because he refuses to speak to them due to the 24-hour-surveillance he is under.

Salah Abdeslam, the 27-year-old French national apprehended in March and accused of providing logistical support for the attacks, has been held for months in solitary confinement near the French capital, with video cameras pointed at his cell round the clock. It is because of this that he refuses to speak, his lawyers Frank Berton and Sven Mary told French television channel BFM.

"We have both decided to renounce the defense of Salah Abdeslam. It is not an abandonment, it is a resignation," said Berton, Abdeslam’s French lawyer, at the press conference October 12, the Wall Street Journal reports. “We know, are convinced – and he told us – that he won’t speak and will use his right to remain silent."

"What can we do?" Berton continued. "I have said it from the beginning, if my client remains silent, I drop his defense."

The lawyers have tried to get the conditions for Abdeslam’s detention in Fleury-Merogis prison changed – specifically, to have the cameras removed – but their requests have been rejected. This will not help the case, Berton warned. "I've been convinced for months that he is isolating and radicalizing himself, he is taking his video surveillance very badly," he said, AP reports. "This is not blackmail, it's just the reality of his psychological and psychic state. The problem is related to his solitary confinement."

Olivier Morice, who is representing families of victims at the Bataclan concert hall, called the resignation "political posturing" in the Wall Street Journal report.

"They seek to move the debate away from their client’s responsibility in the attacks into a questioning of the state," Morice said. “It's a typical defense line used by terrorists in court."

Abdeslam has spoken with investigators in the past, answering questions from Belgian police for two hours after his March 19 arrest in that country. BFM reports that he discussed the planning and financing of the Paris attacks in the hours after his arrest. But since the March 22 Brussels bombing, in which he is also suspected of playing a role, Abdeslam has remained silent.

Mary, Abdeslam’s Belgian lawyer, told BFM his client's silence is "changed." "The Brussels attacks and the transfer and the conditions in which he lives in the prison of Fleury-Merogis. This has accentuated his silence."

"It's impossible to try to defend someone who refuses to defend himself. He has decided not to defend himself," Berton told the French channel. His client’s silence will not help victims, the lawyer noted. "There will be a trial, but what for? The truth never came out of silence."

Samia Maktouf, a French lawyer representing some of the victims of the Paris attacks, says Abdeslam is simply refusing to cooperate, Reuters reports. "The video surveillance is just a pretext," she said.

In November 2015, Paris and the surrounding areas were rocked by a series of coordinated terrorist attacks, including suicide bombings at a soccer stadium and mass shootings and a bombing at busy cafes and the Bataclan theater. In March, three attacks were carried out in Brussels, with bombs at the city's airport and a metro station.