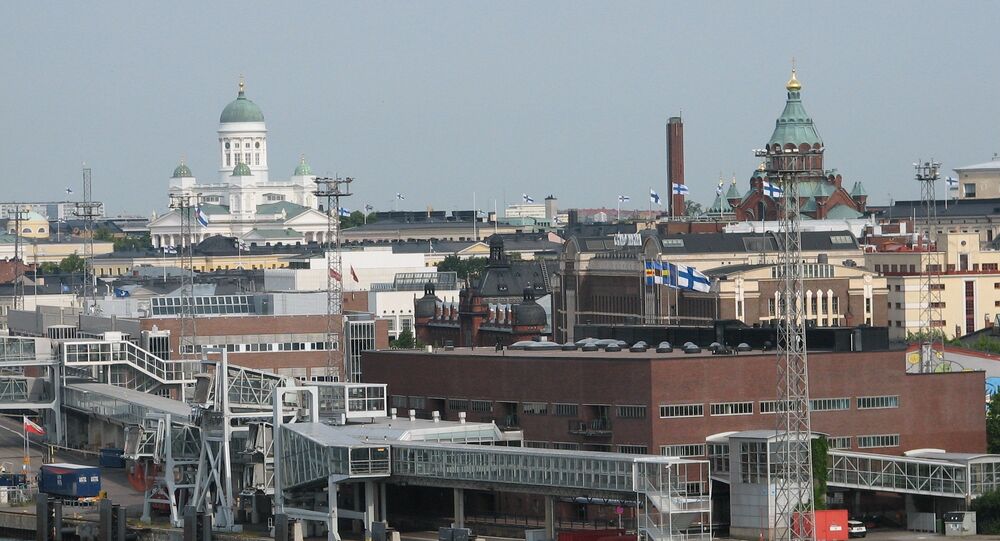 Despite the fact that passions around the migrant crisis seems to have settled down somewhat, anti-immigrant sentiment and skepticism are rising among EU member states. Accordingly, half of Finns and Danes are reportedly both EU-skeptical and anti-migrant.

© REUTERS / Anders Wiklund/TT News Agency
Against the Odds: Right-Wing Sweden Democrats Carry On Despite Smear Campaign
Every second Finn supports "authoritarian populism," including anti-immigrant sentiment and hostility to the European integration and the EU institutions, Finnish newspaper Helsingin Sanomat reported, citing a survey performed by British pollster YouGov. The largest age group who support these views are men aged 60 and over.

Apart from Finns, YouGov gauged public opinion in eleven other EU states, only to arrive at the surprising conclusion that almost half of the adults in the countries surveyed supported "authoritarian" populism," defined as "a combination of anti-immigration sentiments, strong foreign policy views, and opposition to human rights laws, EU institutions, and European integration policies," BuzzFeed reported.

In the YouGov survey, the United Kingdom, Denmark, Italy, and the Netherlands all displayed a similar proportion of EU-skeptics and migration opponents of around half of the population (ranging from 47 to 55 percent). In France, Poland and Romania, the "authoritarian populist" views peaked at 63 percent, 78 percent and 83 percent respectively.

© Photo : Facebook/Langkaer Gymnasium
Keep'em Separated? Danes Divided Over Ethnic School Quotas
The results of the survey may come as surprise for sociologists, as authoritarian populism is not the dominant political force in either of the countries, despite the rise of the right-wing parties across Europe. In Finland, the right-wing populist Finns' Party, which joined the government in 2015 after 20 years in opposition, currently holds only 17.7 percent of the votes. Led by incumbent Foreign Minister Timo Soini, the Finns' Party (which in Finnish and Swedish is still known as 'True Finns') emerged as a "one-issue party," with anti-immigrant and anti-EU rhetoric being its key themes, and is currently seeing its public support sink below 10 percent of the votes.

In Denmark, right-wing ideas are expressed by the Danish People's Party, which in the 2015 election became Denmark's second largest party and joined the Conservative Party in the ruling 'blue bloc.' In Sweden, which "only" clocked 35 percent in the YouGov survey of "authoritarian populism," EU-skepticism and criticism of the country's immigrant policy are being voiced by the Sweden Democrats, which despite their growing popular support (reaching up to 30 percent according to various surveys) still remain somewhat of a political outcast, surrounded by a "cordon sanitaire."

In the survey, pollster YouGov quizzed about 12,000 people in 12 European countries from August to September.

Finns Party Pushes for Brexit-Style Referendum, Gets Lambasted by the Press