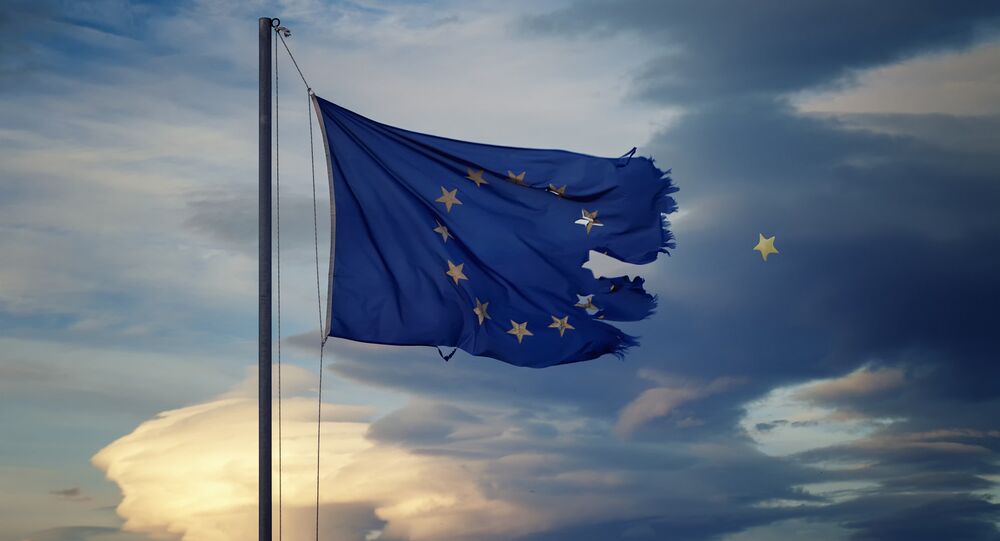 The chief executives of the US banks JPMorgan Chase and Morgan Stanley have warned that the UK's withdrawal from the European Union may lead to the disintegration of the Eurozone.

© Flickr / mpa.matthew
Hard Border, Fresh Tensions and a Veto: Could Northern Ireland Block Brexit?
The Financial Times newspaper quoted the chief executives of the US banks JPMorgan Chase and Morgan Stanley as saying that Britain leaving the European Union may result in the Eurozone's collapse.

"It is my personal opinion that Brexit made the chances of the Eurozone not surviving in the next decade five times higher," JPMorgan Chase head Jamie Dimon said during an annual meeting of the Institute of International Finance in Washington.

He was echoed by Morgan Stanley CEO James Gorman, who linked Brexit-related issues to the problem of the European Union's survival.

At the same time, he warned that the British referendum's results would have "broader long-term consequences".

"Brexit is an alert signal indicating that the EU should change, but everyone is busy with their own problems and this complicates the situation," according to Chase Vittorio Grilli, former Italian Finance Minister and the current head of JP Morgan Chase's  European division.

I think people sometimes forget the importance of the Eurozone to the UK economy #Brexit #Trade #liamfox pic.twitter.com/GKcdgKVA0B

Earlier, leaders of the US financial institutions urged Britain and the European Union to agree on a transitional period, during which the sides could clinch a new trade agreement.

Eurogroup President Jeroen Dijsselbloem, for his part, said earlier this month that the EU-British agreement on the UK leaving the bloc will be a tough deal as Brussels is going to protect the integrity of the internal market, which implies retaining all four freedoms including the freedom of movement.

The International Monetary Fund, in turn, said in its revised World Economic Outlook that uncertainty caused by the United Kingdom's pending exit from the European Union will have negative costs for both the UK and EU economies.

ironically, the concrete consequence of Brexit so far seems to be the UK inching towards de facto joining the Eurozone.

In July, French Finance Minister Michel Sapin said that the UK's decision to leave the European Union called for closer integration within the 19-nation euro area to curb economic fallout. The United Kingdom is not part of the Eurozone.

© REUTERS / Damir Sagolj
'Harsh and Reckless': UK's May Faces Internal Backlash After Hard Brexit Push
Russian President Vladimir Putin said, for his part, that Moscow Russia does not want the Eurozone to fall as the country keeps about 40 percent of its currency reserves in euros.

On June 23, the nationwide referendum on EU membership was held in the United Kingdom, in which 51.9 percent of voters said the country should leave the bloc.

UK Prime Minister Theresa May promised to start the procedure of leaving the European Union by the end of March 2017.

EU-UK Agreement on Brexit to Be Tough Deal – Eurogroup President