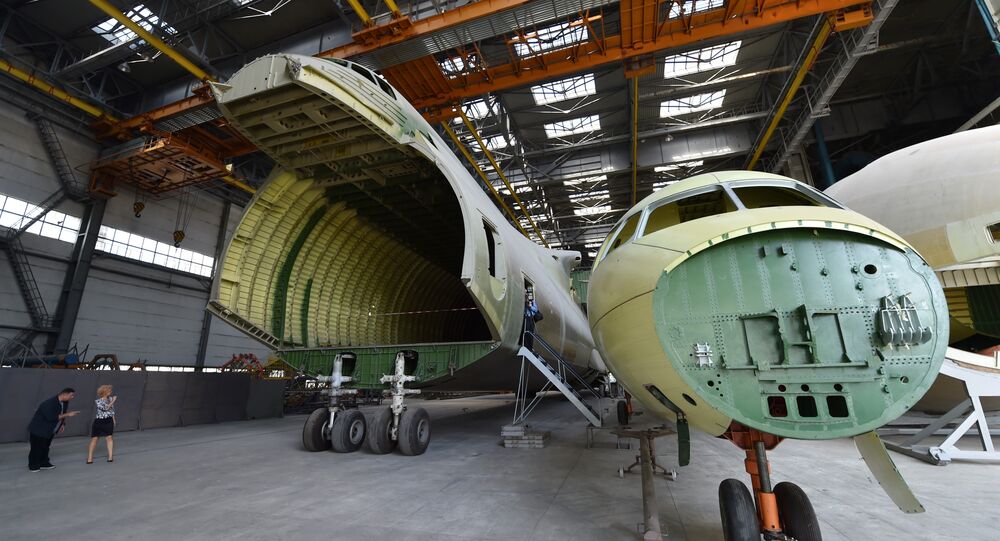 'The Potential is Zero and There's No Money': Ukraine Can't Create Its Own Plane

Ukraine has lost its military-industrial potential and is unable to create a domestically made aircraft, according to Sergey Pashinsky, head of the Ukrainian parliament's Committee on National Security and Defense.

© Photo : Youtube / Danil 003
Innovations Kiev-Style: Ukraine Starts Testing Its ‘Invincible’ Tank
The Ukrainian news website Levy Bereg quoted  Sergey Pashinsky, chairman of the Ukrainian parliament's Committee on National Security and Defense, as saying that Kiev has lost its military-industrial potential and is already unable to create a domestically made warplane.

Pashinsky made the remarks during a round-table discussion at the Kiev-based Gorshenin Institute, a think tank.

According to him, Ukraine is neither technologically nor financially capable of creating a military plane, even including the lightest such an aircraft.

"Our potential is [tied to] the armored vehicle Dozor and the mortar launcher Molot rather than planes and aircraft carriers. All the industry branches have been destroyed, the potential is zero and there is no money," he said.

© Fotobank.ru/Getty Images
Residents of the Ukrainian town of Uglegorsk near a burned-out tank belonging to the Ukrainian army. file photo

In this vein, Pashinsky also pointed to the lack of orders for each and every enterprise of the country's military-industrial complex.

"We have no potential. As for our former potential, it was reduced to the following: we take [the mothballed] T-72 or the T-64 tanks from the Ukrainian Defense Ministry at the price of scrap metal, repair them at an armored plant and sell them for 400,000 dollars," he admitted.

He also recalled that that at the expense of total sales of property after the collapse of the Soviet Union, Ukraine once was on the list of the world's top ten exporters in terms of military equipment.

"But let's call a spade a spade: this is the potential of the Soviet army rather than our military-industrial complex. We have just a few military hardware pieces that can compete on foreign markets, while the rest does not work," he added.

Earlier this year, it was reported that the Ukrainian aircraft manufacturer Antonov State Company, which produces only passenger and transport aircraft, had received an order from the Ukrainian Defense Ministry to start developing a plane for the country's Armed Forces.

Ukraine's Crisis Can Be Overcome Only Through Elections, New Leadership