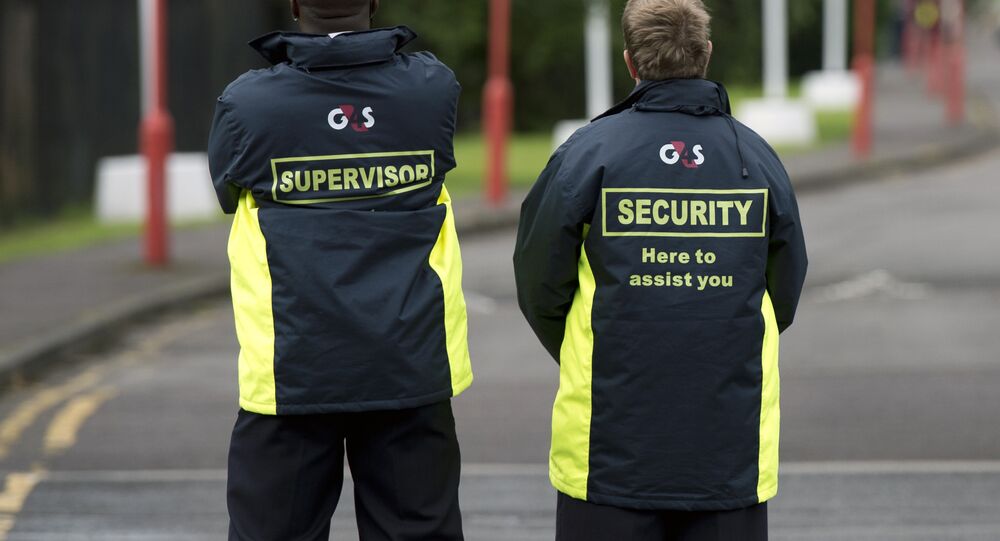 A UK-based group which monitors incidents of Islamophobia has claimed that its staff were abused and threatened at the Conservative party conference in Birmingham this week.

Tell MAMA, a national project which records and measures anti-Muslim incidents in the UK, had a fringe event organized at the conference in Birmingham.

However, in a statement, the group says that they were denied access to their own event by staff from G4S, the company responsible for security at the conference.

Staff that made homophobic comments to us part of G4S that have been awarded contract for hotline on discrimination: https://t.co/uuqgbLKgZv

The organization also claims that its employees were subject to "unacceptable" threats of violence from G4S staff and one person was a victim of homophobic abuse.

"We do not want to become the story which affects this Party conference and there are far more important things that are stake," a statement by Tell MAMA read.

"This does not however, mean that the behavior shown to us by Conservative conference and G4S staff will be set aside when we had booked and tried to gain access to our fringe yesterday.

"Yesterday, if we can be honest, it seemed that the very dignity of victims that we try and preserve through our work, was stripped from our staff."

© Flickr / Roberto Trombetta
British Muslims Increasingly Living in 'Environment of Hate' - Report
It adds: "To be then threatened with violence by two G4S staff and to be denied access to our fringe when we are there to inform people about anti-Muslim hatred, does not bode well."

Tell MAMA was set up with UK government backing in 2012. It's mission statement says that it is "to ensure that anti-Muslim incidents and attacks in the UK are mapped, measured and recorded, and support provided for victims."

A report by the group into anti-Muslim hatred documented a 200% rise in racist attacks in 2015. It warned that Britain could "quickly become extremely unpleasant" for minorities.

In its statement about the incident at the Conservative Party conference the group says that its work "forms a central plank of the Hate Crime Strategy of this Government."

G4S refused to comment on the incident when contacted for a statement.

Last week, the High Court refused permission for a judicial review of a decision to award a key government equality helpline contract to the security giant.

The challenge to the Equality Advisory and Support Service (EASS) contract was supported by an alliance of organizations, one of which was Tell MAMA.