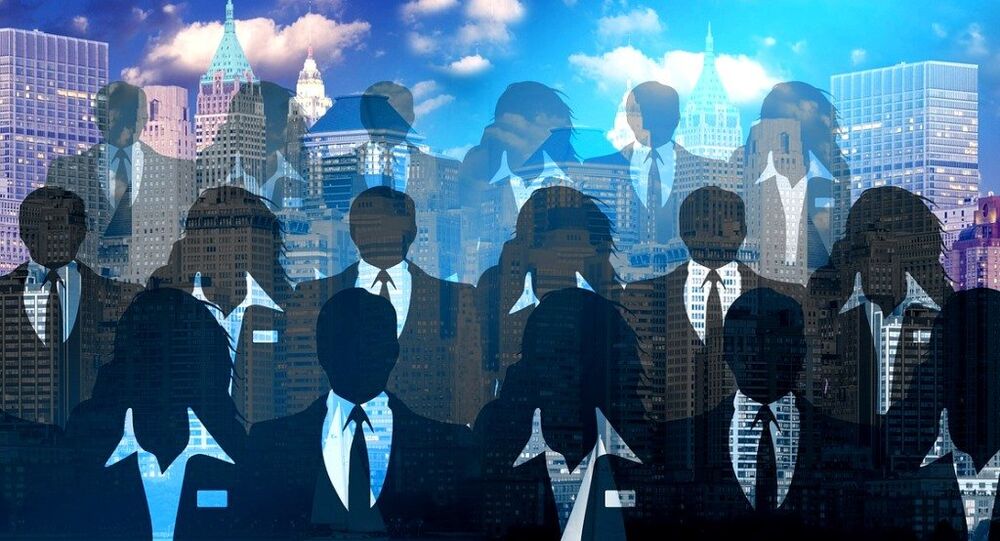 UK business officials have slammed the government’s plan to crackdown on immigration and foreign workers, with critics describing Theresa May’s Conservatives as the "nasty party."

The backlash came after Prime Minister Theresa May, Home Secretary Amber Rudd and minister for International Trade Liam Fox expressed strong rhetoric on the issue of immigration at the Conservative Party conference, with Fox saying the plight of EU citizens living in Britain was the government's "main card" in Brexit negotiations.

Good discussion this morning with @AmberRudd_MP and PCCs #CPC16 pic.twitter.com/rA5NqUExBc

Business officials were quick to criticize the government's planned crackdown on immigration and foreign workers, saying a reduction in immigration would not boost the British economy.

Amber Rudd complains we can't talk about immigration in this country. Has she picked up a copy of the Mail or the Express lately? #CPC16

​"Businesses know that the EU referendum result means change to free movement of workers from the EU, but people were not voting to make the economy weaker. The evidence is clear that migrants are a benefit to the economy," said Seamus Nevin from the Institute of Directors.

Really counterproductive for UK Government to be making headlines like this in countries we want to trade with https://t.co/fZxZlyexNK

​"Businesses will not welcome further restrictions on high skilled migration from key trading partners around the world, especially as a series of changes were only announced earlier this year.

"At a time when we need strong links globally to seize new opportunities after the referendum, being seen as open to the best and brightest is vital," Mr. Hardie said.

With pledges to crackdown on the number of student workers in Britain, James Pitman, managing director of Higher Education UK and Europe, said such changes would have an adverse impact on locals:

"The Home Secretary said today that she will 'level' with the British people. Then she needs to be honest that a significant reduction in the number of international students will lead to upward pressure on the fees paid by British students, reduced investment in facilities and cause damage to local economies."

​The warnings come as a new report predicted that the UK's financial industry could lose up to US$48 billion (£38bn) in revenue as part of a so-called "hard Brexit" that would see the UK introduce immigration controls and bundle out of the European single market.

Return of the Nasty Party

The government's particularly hard sentiment towards foreigners also led to significant political criticism, with Liberal Democrat spokesperson Alistair Carmichael saying the rhetoric was reminiscent of the image of the "nasty party" — a term coined by Theresa May herself to encourage the Conservatives to be more socially compassionate.

"The 'nasty party' hasn't come back, rather it seems it never went away. This speech is exhibit A on how the Liberal Democrats restrained the Tories. Without us they are showing their true colors — reckless, divisive and uncaring," Mr. Carmichael said.

​Meanwhile, the Green party co-leader Jonathan Bartley attacked the government's "falsehood" that migration was the cause of the UK's problems:

"The underlying message of Amber Rudd's 'controlling migration fund' is that migrants are to blame for the problems our country faces. This falsehood must be challenged head on."

Back in 2002 Theresa May was worried that the Conservatives were seen as "the nasty party". pic.twitter.com/91h4dxJcqG

​"The truth is that the 'pressures' she spoke of are not caused by migration, but by the government's cuts and failure to invest in vital public services such as the NHS [UK National Health Service]," Mr. Bartley added.

Along with criticism of Rudd, Theresa May was accused of "insulting" foreign doctors working in the NHS, after the PM said they would be able to stay in Britain until enough British doctors could take their place.

'It's No Silver Bullet': Points-Based Immigration System Rejected by Theresa May