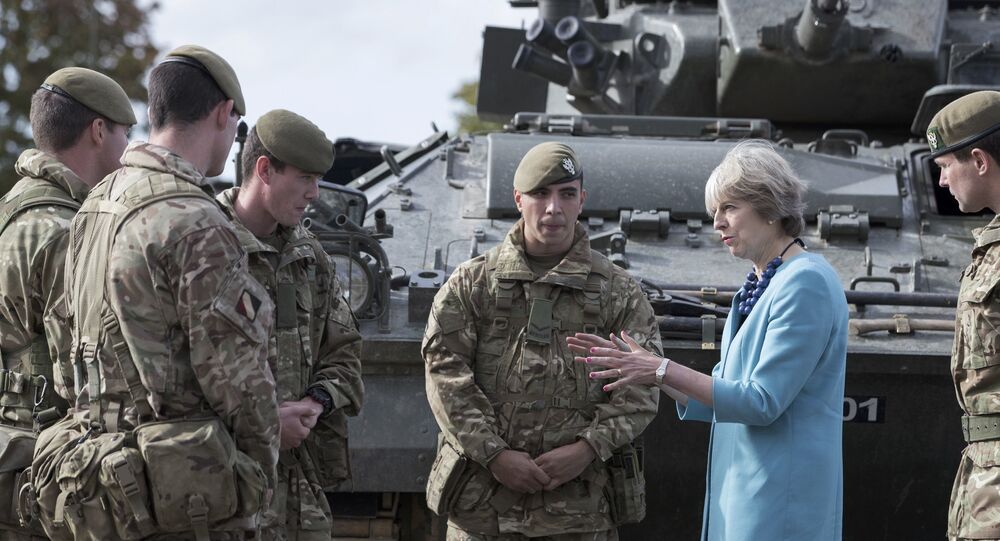 The UK government has said that military, who may have committed human rights offenses in Iraq and Afghanistan, will be exempt from European law which permits them to face trial if they are accused of a human rights violation.

The government is trying to avoid vexatious and false charges being made against troops who fought in both Iraq and Afghanistan.

Defense secretary Michael Fallon, said in a joint statement with PM Theresa May at the Conservative Party conference in Birmingham on Tuesday (October 4). However, human rights group Amnesty International (AI) has said that the British armed forces should not be above the law when it comes to torture.

UK's head of policy and government affairs, Allan Hogarth from Amnesty, told Sputnik that this type of "legal maneuvering" means the UK will avoid its obligations to make sure soldiers operating abroad don't carry out human rights abuses such as torture.

"As the government well knows, it has an obligation to ensure that credible allegations of serious abuse carried out by members of its own armed forces are properly investigated," Mr. Hogarth from Amnesty told Sputnik.

"Our armed forces do a hard and dangerous job, but that doesn't mean they are or should be above the law. Suggesting that we should always automatically derogate from our human rights obligations whenever the military operates indicates the government doesn't understand that would mean taking rights away from soldiers as well."

As ministers pledge to prevent legal claims against those involved in UK military action overseas, one man asks “Can that include me?” pic.twitter.com/xUGDiugf5x

Mr. Hogarth said that this type of strategy from the government is all about reducing accountability and that it is vital that the armed forces are given the right training and support to prevent human rights violations from occuring in the first place.

"Tragically, we know from cases like that of the Basra hotel receptionist Baha Mousa, who was tortured to death, that training systems fell short, and UK troops carried out acts of cruelty and abuse which the normal military justice system could not address.

"Rather than try to brush these under the carpet, it's vital the government takes steps to get to the bottom of any systemic issues. This includes looking at what went wrong and how to stop it happening again," Mr. Hogarth said.

Mr. Hogarth acknowledged that the British armed forces are some of the best in the world and that this should act as a catalyst for change, encouraging the military to invest in proper training and investigation systems that match other countries in the rest of the world.