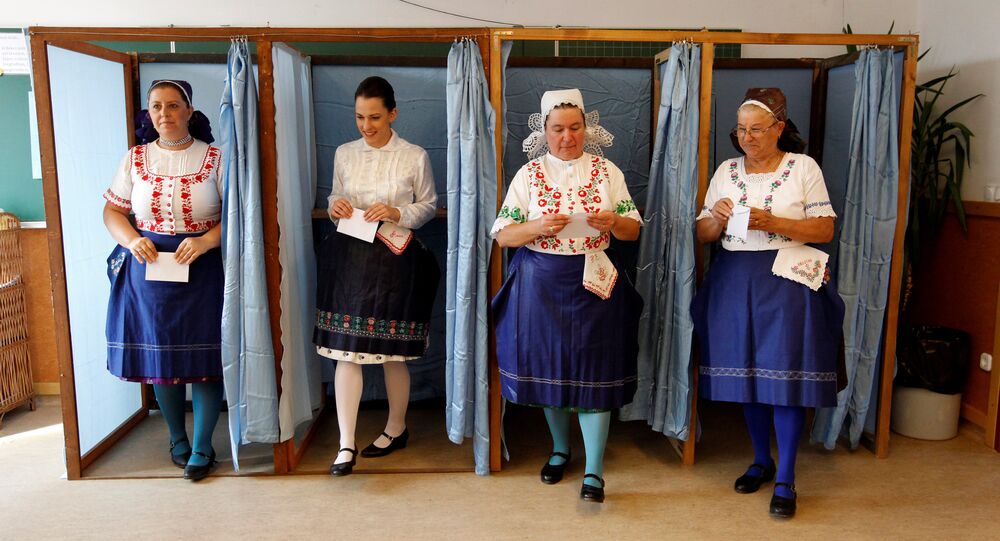 Ninety-eight percent of Hungarians who took part in Sunday’s referendum voted against the EU’s migrant quota plan. However, with the turnout less than 40, the vote has been declared void.

László Toroczkai, the mayor of Ásotthalom – a small town on the border with Serbia – became famous after he posted an English-language video welcoming legal migrants and threatening others with jail.

“After September 15 any illegal crossing of our country’s border will be considered a crime,” László Toroczkai told Sputnik.

© AP Photo / Darko Bandic
'We Will Show Brussels It Can't Ignore Hungary's Will' - PM After Refugee Vote
In his Hollywood-like video, Toroczkai, nicknamed “Hungarian Rambo,” displayed his town’s security hardware in a simulated chase sequence featuring a helicopter, a motorcycle and even horses.

“What really matters to us is that between 90 and 95 percent of those who voted on Sunday said ‘no’ to Brussels,” he noted.

Toroczkai added that the more than half a million Hungarians currently working abroad had been unable to voice their opinion and that many hadn’t showed up at the polling stations because they supported the FIDESZ party of Prime Minister Victor Orban who is a vocal critic of  mandatory European Union quotas for accepting relocated asylum seekers.

“These quotas are nonsense. People need democracy, but the EU leaders just couldn’t care less about what people think, even though mass-scale migration is a major problem for Europe,” László Toroczkai said.

“I think the European Commission does not want democracy for Europe, but I hope that other countries will follow Hungary’s example and will hold similar referendums on this subject,” he added.

© Sputnik / Oksana Bobrovitch
‘I Would Send All Illegal Immigrants to US’ - Hungarian Town Mayor Toroczkai
On Sunday, Hungary held a referendum asking the voters whether they wanted the country to accept the EU's quotas for migrants' relocation.

According to the Hungarian National Election Office, less than 40 percent of Hungary's voters took part in Sunday's referendum, which required a minimum of 50 percent to be considered as binding. However, the vast majority of those who did vote have backed the government and rejected the EU's migrant quota system.