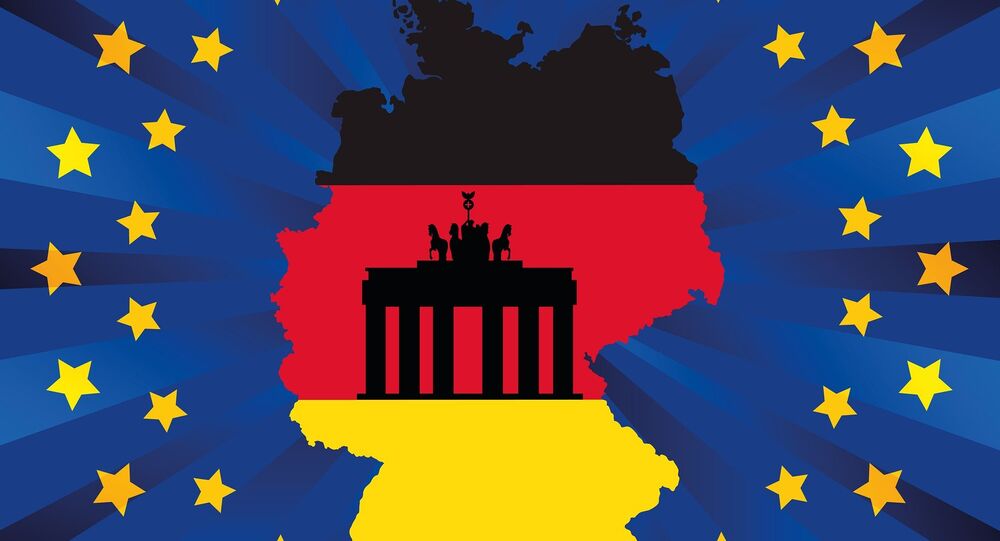 Monday marks 26 years since the reunification of Germany, with the country holding celebrations throughout the day. However while the emphasis is on unity, police in Dresden are on high alert for violence and anti-immigrant protests as Germany’s refugee policy threatens to divide the country.

While all of Germany's 16 states will hold Day of Unity celebrations, the former East German city of Dresden will take center stage this year, with German Chancellor Angela Merkel, President Joachim Guack and the Bundestag leader Norbert Lammert to attend a ceremony in the city.

With Dresden's state of Saxony famous for its unique traditions and cuisine, as well as being home to Germany's linguistic minority of Sorbian speakers, many believe the city is well placed to celebrate the country's diversity and culture.

Happy Day of German Unity to our friends in #Germany! pic.twitter.com/ejlp2ZtrwE

​However given that Dresden is seen as being the home of the anti-Islam movement PEGIDA, others are concerned that anti-immigrant tensions and anger at the government's 'open-door' approach to the refugee crisis will spill over on the day when most Germans will be celebrating unity.

PEGIDA supporters have marched through Dresden every Monday for close to two years to protest against the perceived "Islamization" of Europe, with organizers saying they will do the same again on the Day of Unity.

With 750,000 visitors expected in Dresden for Monday's events, the city's mayor Dirk Hilbert has called on revelers to celebrate and have fun, amid fears "agitators and rabble-rousers" could turn towards violence.

We are ready! Visit us at the public festival in #Dresden to kick off the celebrations for the day of German Unity with us! #TdDE16 pic.twitter.com/iwfTTWzWV4

​Many have noted the increased tension in Dresden following last week's bomb attack at a mosque in the city. More than 2,000 police will be on duty, with concrete blocks placed around festival grounds to prevent attacks from vehicles, as seen in Nice earlier in the summer.

There are fears that a combination of Unity Day celebrations, along with anti-immigrant PEGIDA protests could spill over into violence.

​In a criticism of Germany's anti-immigrant protesters, Chancellor Angela Merkel said Germans needed to better understand the country's history, particularly the dark times of the Nazi period, to pave the way for a better future.

Merkel also criticized far-right protesters' use of the slogan "We are the people," when demonstrating against migrants.

26 Years On, Inner Unity a Work in Progress

While many have praised the remarkable manner in which Germany has united over the past 26 years, Berlin's response to the migration crisis has once again exposed some of the divides in the country.

Former German Bundestag President Wolfgang Thierse urged the country to acknowledge that far-right extremist violence was "four to five times higher" in Germany's eastern states as opposed to the west, while the country's federal commissioner for eastern German Affairs, Iris Gleicke, said that while racism, xenophobia and far-right extremism were phenomena affecting the whole country, it was concentrated more heavily in the Germany's east.

Today is the Day of German Unity. 03/10/1990 Germany reunited after 41yrs apart. 26yrs of success since, but many challenges ahead. #Einheit

​"Are we supposed to act as if this finding did not exist?" she asked the national parliament.

Many of Merkel's critics have accused the chancellor of recklessness after the government last year opened the country's doors to refugees from the war-torn Middle East, with opponents arguing that such an influx would put an incredible strain on the German economy, while also creating security problems in the country.

​With unemployment higher in Germany's east and many former eastern European cities in need of greater investment, protestant theologian Friedrich Schorlemmer, a key figure in the peaceful fall of the East German (GDR) government in 1989, said Germany still had a long way to go to in the search for inner unity.

"We still have many reciprocal misconceptions. I think it was underestimated that it would be a long road ahead," Schorlemmer told news agency DPA.