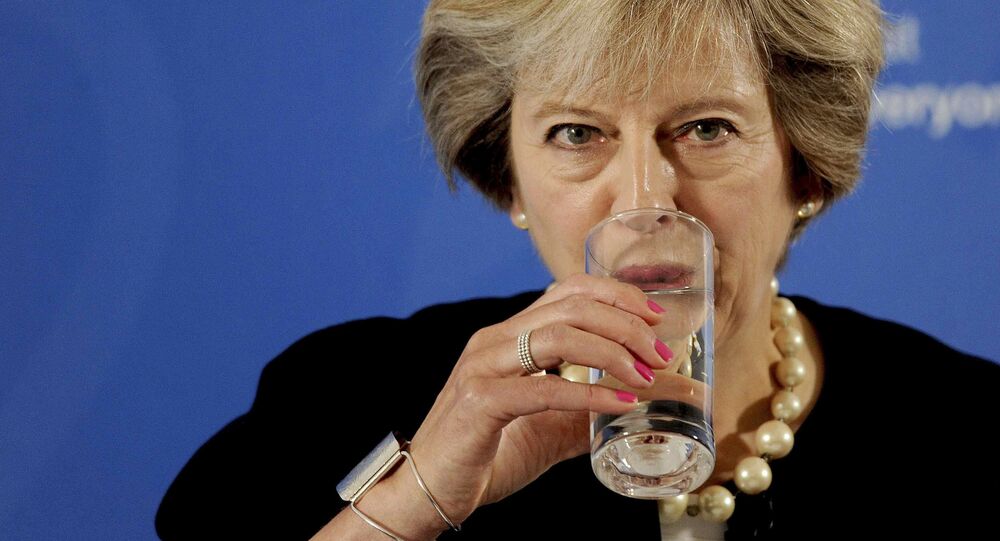 UK Prime Minister Theresa May said that after Brexit he United Kingdom and the European Union will not be like a Switzerland or Norway model.

MOSCOW (Sputnik) — The post-Brexit relations between the United Kingdom and the European Union will not be build on a Switzerland or Norway model, UK Prime Minister Theresa May said Sunday.

© AFP 2021 / ANTHONY DEVLIN / POOL
No Need for UK to Reapply for WTO Membership After Brexit – UK Trade Minister
Norway, Switzerland along with Iceland and Liechtenstein are not EU member states but members of the European Free Trade Association (EFTA), which has access to the EU single market.

British Prime Minister Theresa May also said that the United Kingdom will not leave the European Union suddenly or unilaterally.

"Everything we do as we leave the EU will be consistent with the law and our treaty obligations, and we must give as much certainty as possible to employers and investors… That means there can be no sudden and unilateral withdrawal: we must leave in the way agreed in law by Britain and other member states," May said speaking at the Conservative Party conference in Birmingham, as quoted by The Guardian.

The prime minister stressed that Brexit negotiations will be the British government's responsibility and will not be delayed by the UK Parliament or any other administrative body.