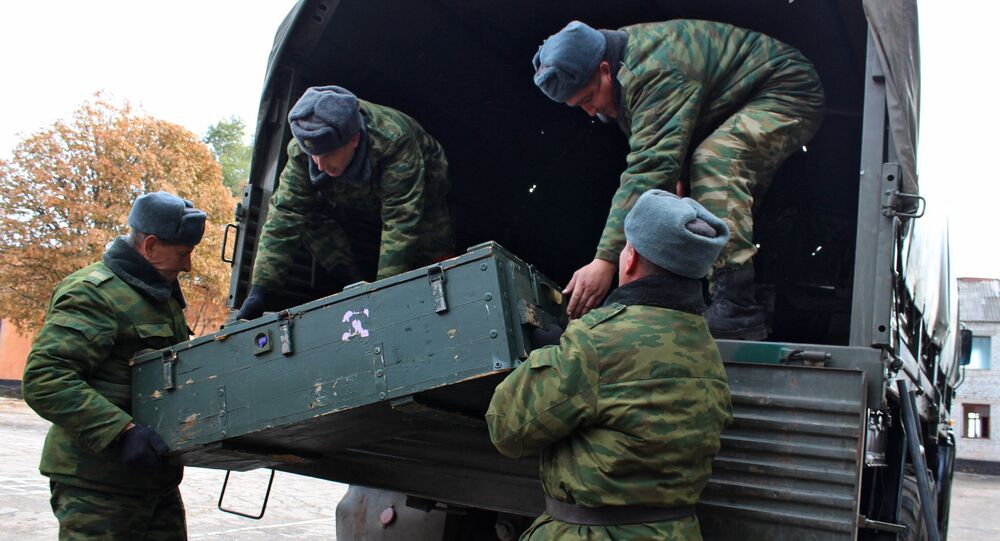 The self-proclaimed Lugansk People's Republic completed the pullback of troops and military equipment in the military zone in the area of Zolote, according to people's militia headquarters.

On September 21, the Trilateral Contact Group on the settlement of the Ukrainian crisis that comprises Russia, Ukraine and the Organization for Security and Co-operation in Europe (OSCE) concluded a framework agreement in Minsk to pull government troops and local militia apart at three locations in eastern Ukraine, including Zolote.

"Lugansk People’s Republic completed the pullback of troops and military equipment in the [military] zone in the area of Zolote," people's militia told RIA Novosti.

The accord stipulates a full ceasefire, weapons withdrawal from the line of contact in eastern Ukraine, an all-for-all prisoner exchange and constitutional reforms, which would give a special status to the self-proclaimed Donetsk and Lugansk people’s republics.