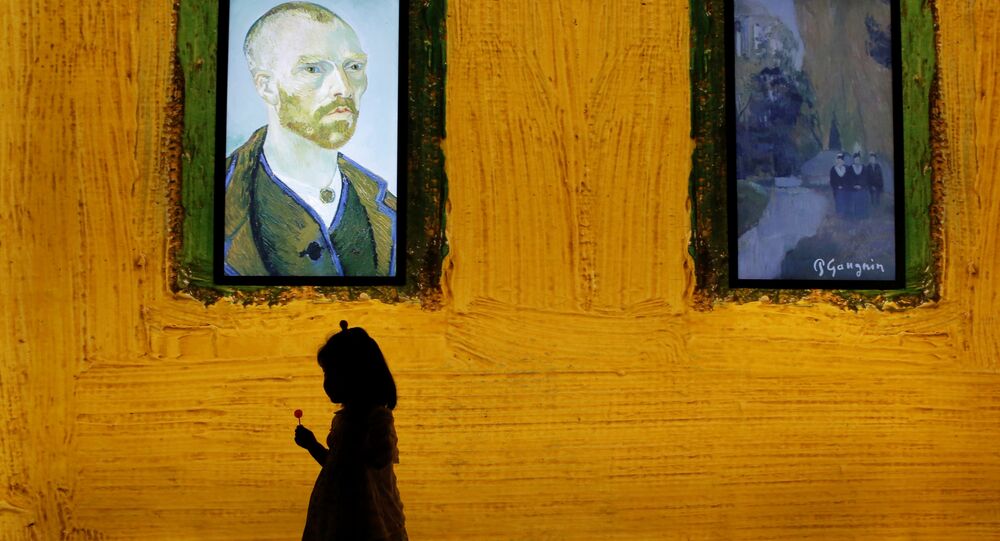 Two Van Gogh Masterpieces Stolen in 2002 Turn Up in Italy

Two Van Gogh paintings, stolen from a museum in Amsterdam 14 years ago, have been recovered during an investigation into Italian organized crime activity.

© Sputnik / Sergey Pyatakov
130 Years Later, the Owner of Van Gogh’s Ear Becomes Known
Two works of Dutch painter, "Seascape at Scheveningen," and "Congregation leaving the Reformed Church in Nuenen," previously stolen from the Van Gogh Museum of Amsterdam in 2002, have been recovered at a mansion in Naples that belonged to members of an organized crime family, according to International Business Times.

According to a museum statement, the paintings, dated 1882 and 1885, "were recovered during a massive, continuing investigation commissioned by the Italian Public Prosecutions Department, conducted by a specialized Guardia di Finanza team, the team investigating organized crime."

The FBI reportedly assigned the paintings a combined value of $30 million in 2005.

​The two artworks were found in the basement of a villa belonging to Raffaele Imperiale, a drug dealer now believed hiding in the United Arab Emirates. Italian authorities have requested his extradition from the UAE. The operation was part of a larger investigation into Amato Pagano, an international drug smuggling group.

© Flickr / Never House
What L'austérité? France Ready to Splash the Cash on a $90 Mln Painting
The paintings have a "huge historical value," according to museum director Axel Ruger. Reports states that they have been recovered in a "relatively good condition," undamaged, but some paint in one corner of "Seascape at Scheveningen" is missing, and "Congregation" has signs of wear near the edges. Both pictures were found stored without frames.

"After all those years you no longer dare to count on a possible return," said Ruger. "It is really a major step that the paintings have been found."

They have been proven authentic and eventually will be returned to the museum, but only after serving as evidence for the criminal trial in Italy.