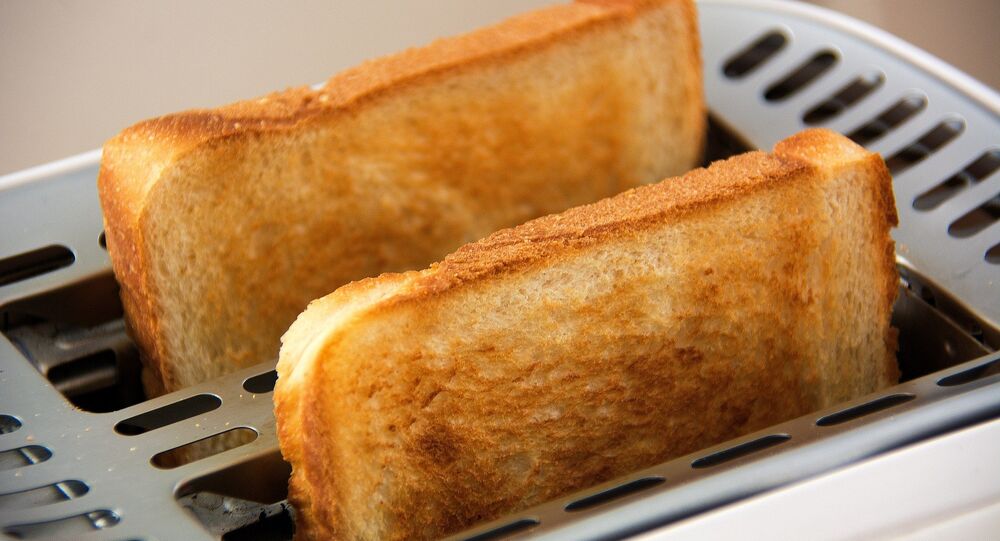 The humble loaf of bread is the latest food group to get the hipster treatment in East London, with a new pop-up cafe solely serving toast with various toppings opening in Hackney.

​Pretty F****** Good Toast will be based in Homerton for most of October serving toast. And to be fair, it does sound pretty tasty.

​But it's still a cafe selling toast and it joins a growing list of other daft — or maybe unique cafes that have popped up in East London.

Lady Dinah's Cat Emporium, based in Shoreditch, is basically a cafe, for all those repressed, or not too repressed cat lovers out there, where you can go and stroke a feline while sipping your coffee.

"I went because I really wanted a cat and I didn't have one — and I wanted to stroke some kittens," a visitor to the emporium told Sputnik.

#Cat Lovers. Treat yourself to a High Tea at the Lady Dinah’s Cat Emporium. The 1st ever #London #Cat #Cafe https://t.co/LuaL1ZtJnU pic.twitter.com/VT9Npczraw

Problem is, the trendy hip to the seam and beaded proprietors have outpriced the majority of people who actually live near the cafe in what happens to be London's poorest borough.

Gentrification — or "Shoreditchification" doesn't get much starker than this.

​Ah — but it does — not in the shape of a cafe — but in the gamification of gentrification after a company launched the Hipster Safari game in which people who could afford it, paid to run around areas of London including council estates.

But one bunny-related cafe got a lucky escape.

The Bunny Blossom pop-up café will be providing coffee and cuddles for punters in London https://t.co/CGpaSaMjSN pic.twitter.com/o2XYXcG0Bh

​​Or maybe Islington did, after a proposed pop-up bunny cafe didn't open after animal lovers complained to pet charity RSPCA.

had a response from the dodgy as hell 'Bunny Blossom' company, organisers of the pop up cafe https://t.co/cCe5atD46Y

​Bunny Blossom, which would have given cafe owners the "opportunity to adopt" a rabbit they liked the look of never got hopping, after people claimed it would force bunnies into stressful situations.